Home / Decoration / Interesting things you should know about colonial houses 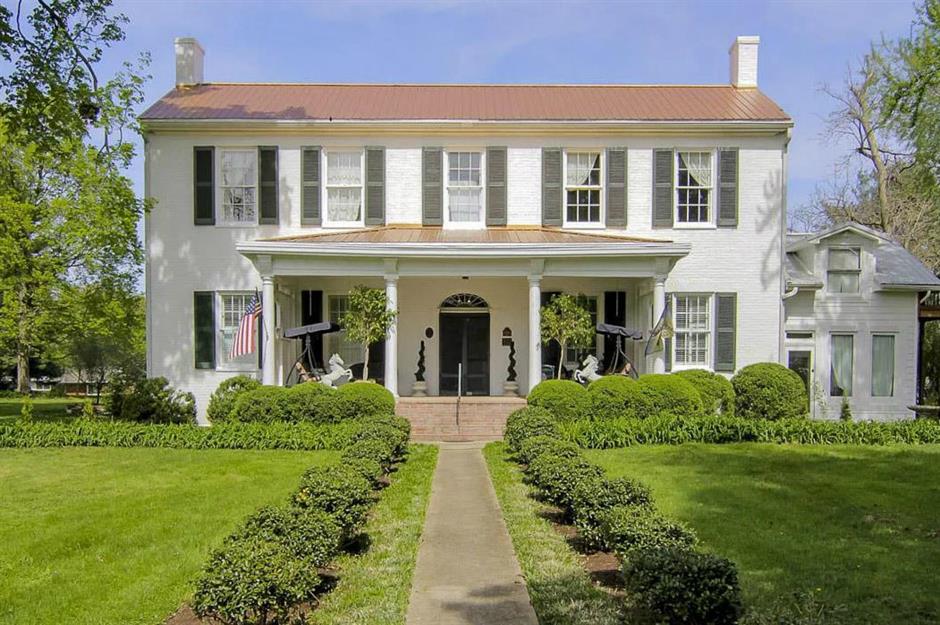 Interesting things you should know about colonial houses

If you had a chance to grow up in the United States, you went to museums at least once. This type of place is said to show parts of history that were once the primary way of life. You have probably noticed that old houses look more or less the same. This is because they are so-called colonial houses. 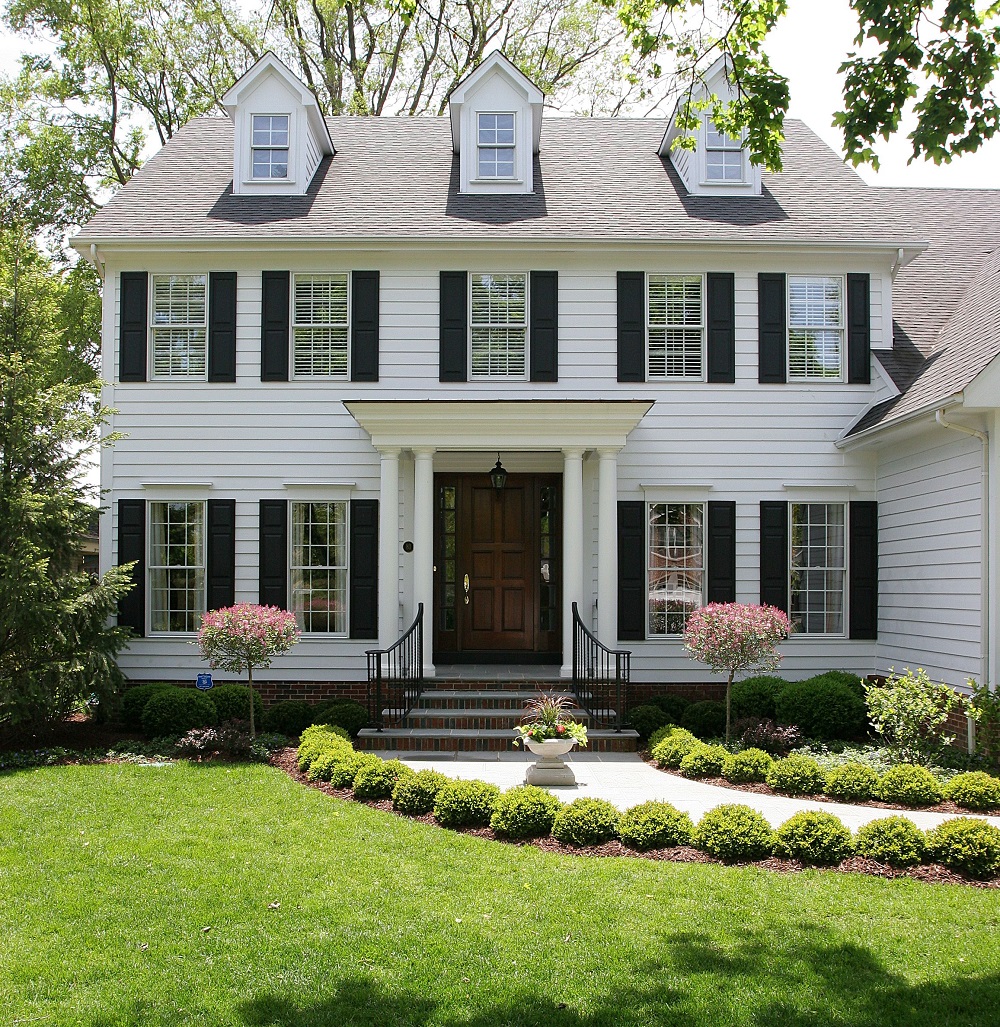 If you are living in colonial houses for the first time, you will enjoy a fun experience. There is an unspoken urge that can protect the history of the walls while making the space habitable for you and your family.

When they arrived in the New World, the colonist brought building techniques and styles from their home countries. Even if they used their origins to create architecture, colonial houses developed quite quickly in their form. 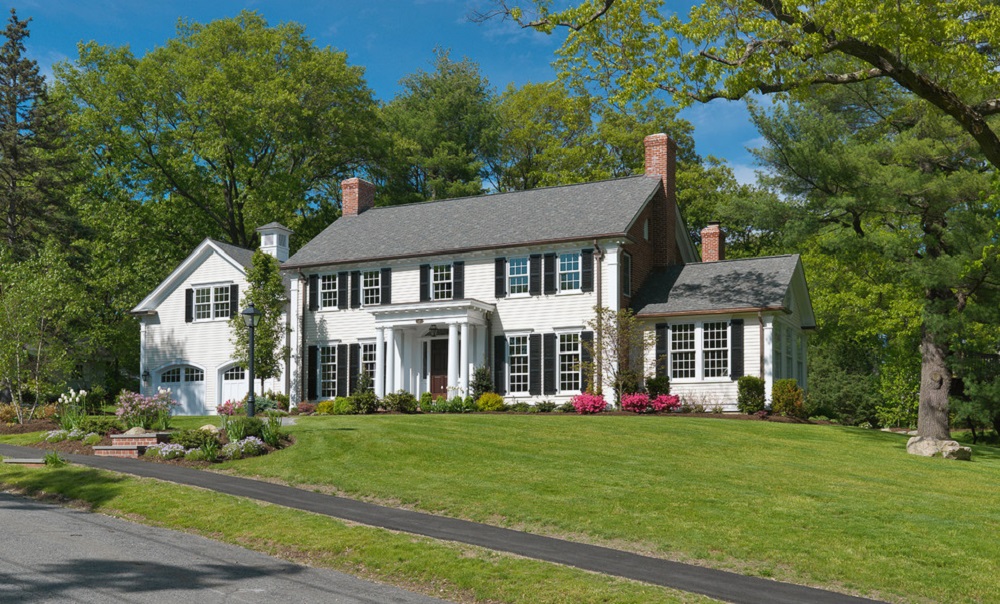 Traditional American colonial houses are fairly simple. Similar to the houses of colonists who lived in Britain, they usually have two floors with a rectangular shape and symmetry. The roofs are steep, and that means that if you look at it from the front door, you only see the shingles.

Although clapboard siding is one of the most common among historic colonial houses, you’ll also find brick facades; Colonial houses can always surprise you with a certain design element. A simple design can arouse the interest that architecture lacks.

Very often you cross with a colonial house with a stone facade. This is the most difficult colonial house to find. If you can buy such a house, make sure that the historical integrity of the house is preserved for the next generations. 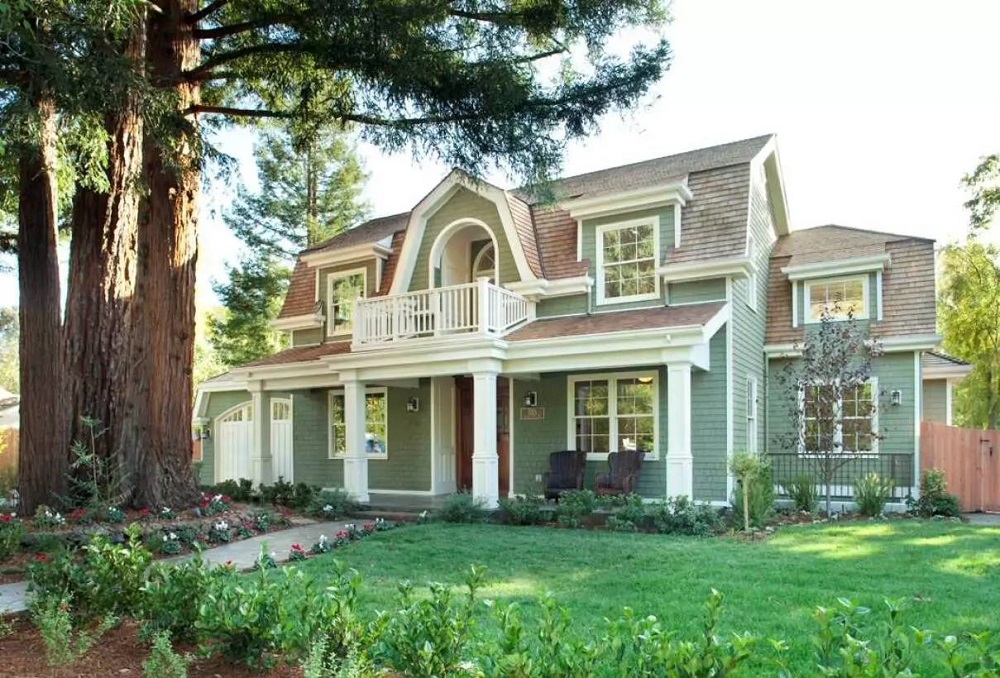 The front door is usually in the middle of the house and is the main attraction point. Many colonial houses that we see have a decoration that is attached to the door.

The roof lines are fairly steep, so be careful with that. Another feature that we see in colonial style is the existence of a veranda. Pillars in front of the door are also standard, but this doesn’t mean that they are a must.

The exterior of colonial houses usually also have windows that are symmetrically placed on either side of the front door. They look beautiful and give the whole house a unique feeling. 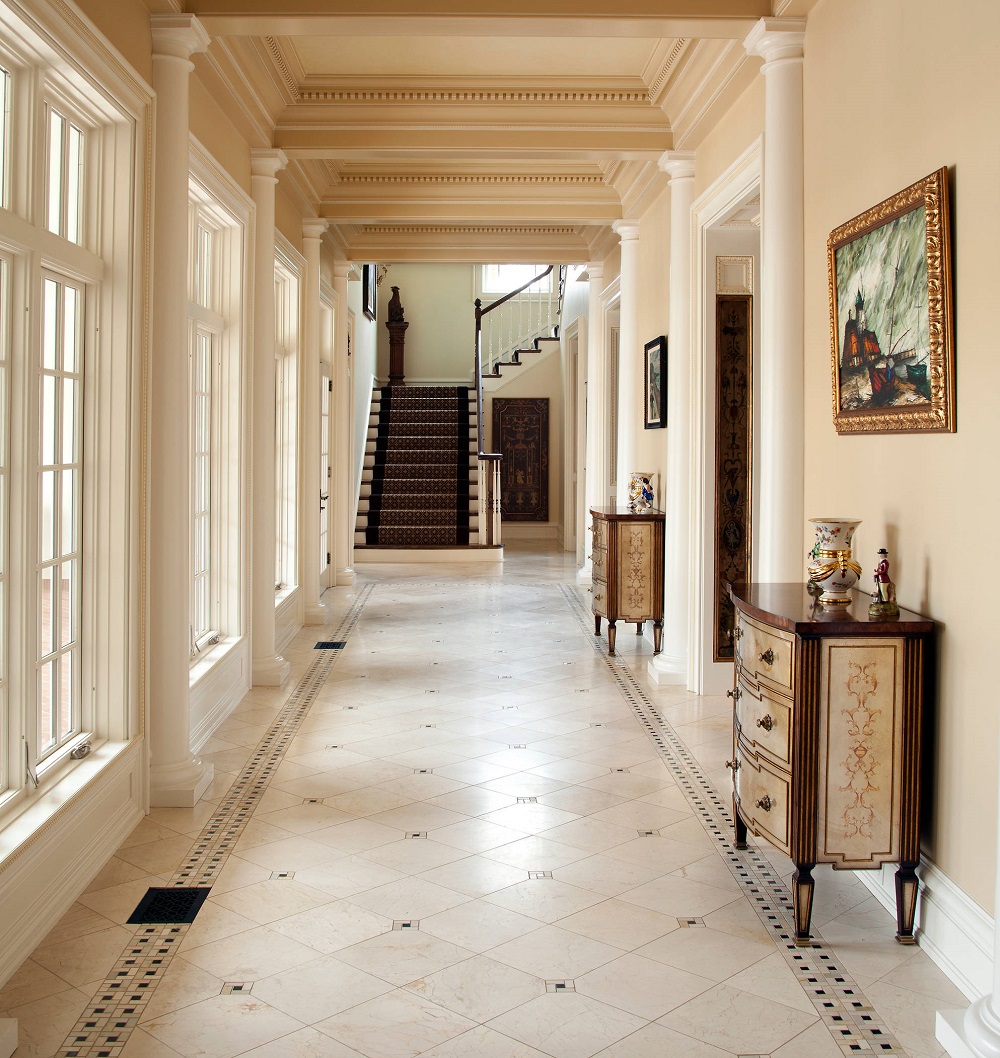 The colonial house is usually two stories high and in some cases even three. They have regular common areas such as the living room, kitchen, dining room and family room. They are traditionally on the first floor and the bedrooms on the second and third floors.

These houses are usually one room deep and three apartments wide. Another thing you see in colonial house style is the large central fireplace. Sometimes there are two chimneys for symmetry. 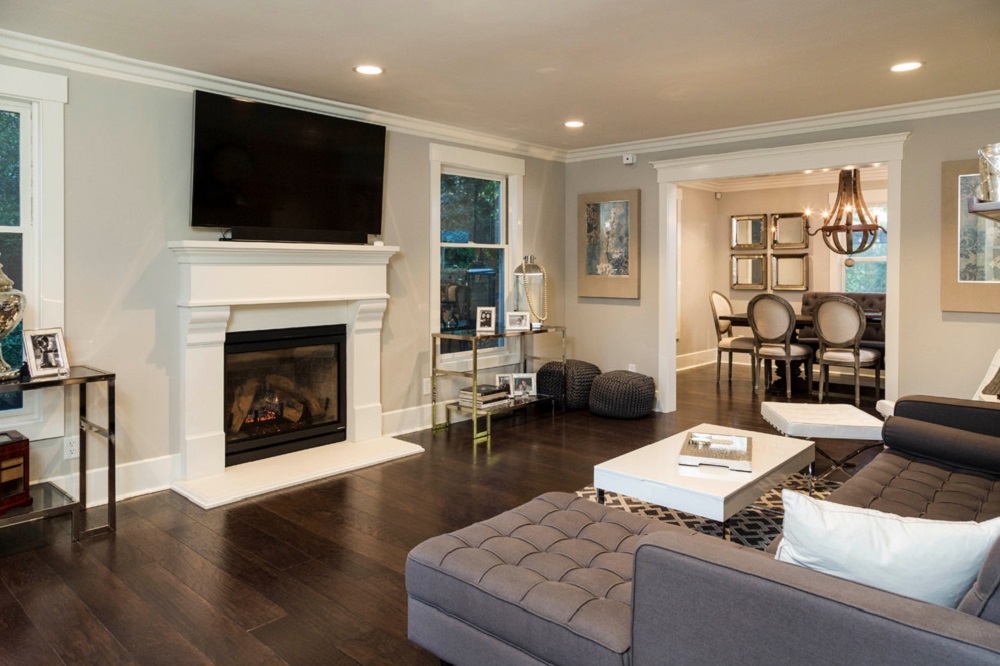 With regard to the furnishings, you can see everyday decorative decorations in every floor plan. Most furniture is usually represented by high-quality antiques that are well polished and arranged in a clear, formal style.

Rustic furniture works best with this type of style. The wood that should be used is pine or birch if you want a simple effect.

Since we’ve seen the specific features of colonial architecture, it’s good to know that there are some regional nuances too. While colonial houses in New England were built from wood, those on Long Island and the Hudson Valley are made of brick and stone.

For this reason, the colonial style is versatile and is becoming a popular choice for many people looking for their own home. Let’s look at some details about them and how they have evolved over time. 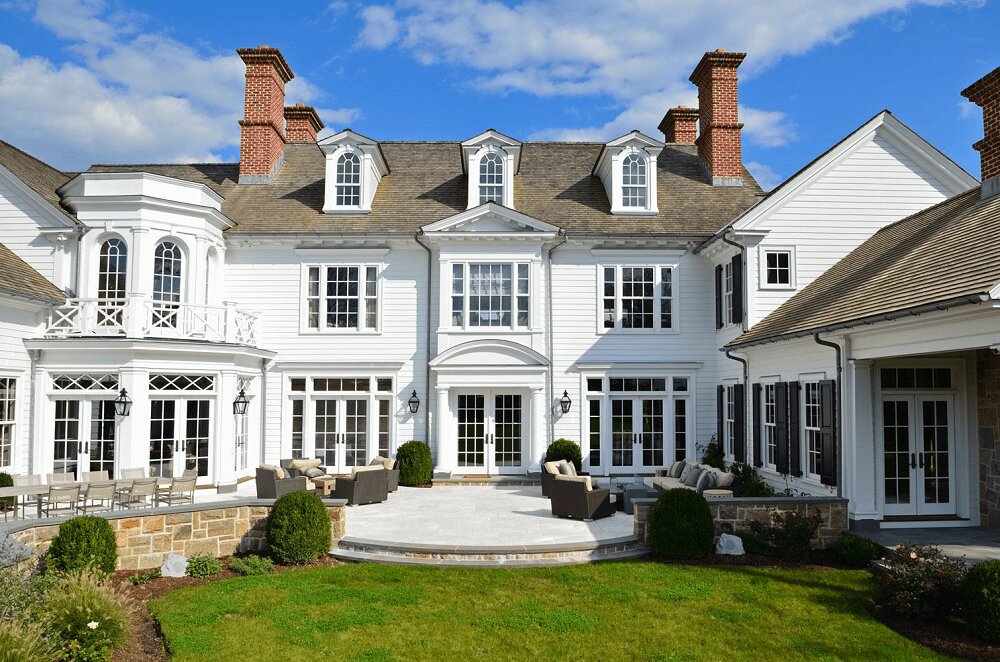 Colonial houses like this can be seen in the northeast of the country. We are talking about Vermont, New Hampshire, New York, where the original settlers were mostly English. In this way, they started building houses in the style of their origins. 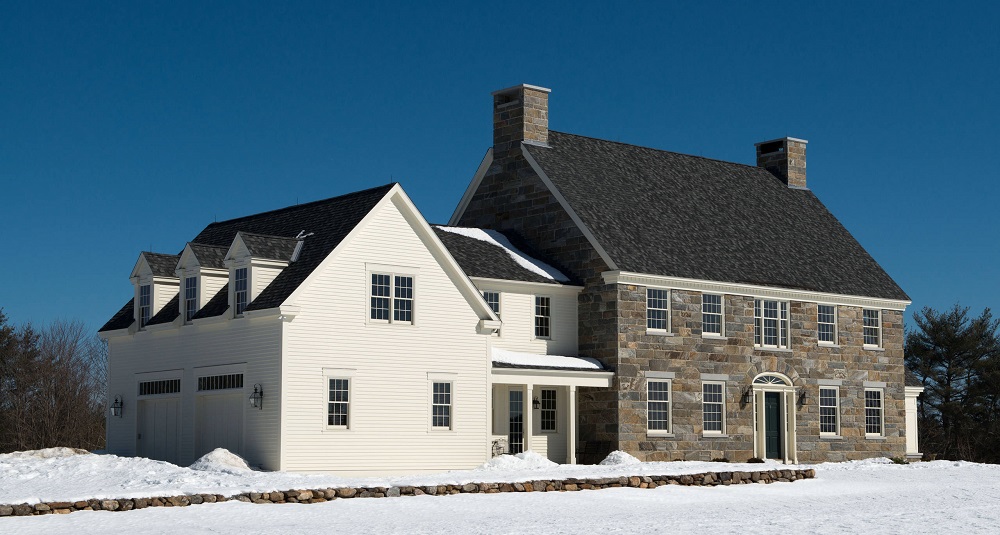 They have large chimneys and diamond-shaped windows. They are usually called post-medieval English. Since these structures were only built from wood, some are still intact. No matter, you will find colonial charming New England colonial features built into modern homes. 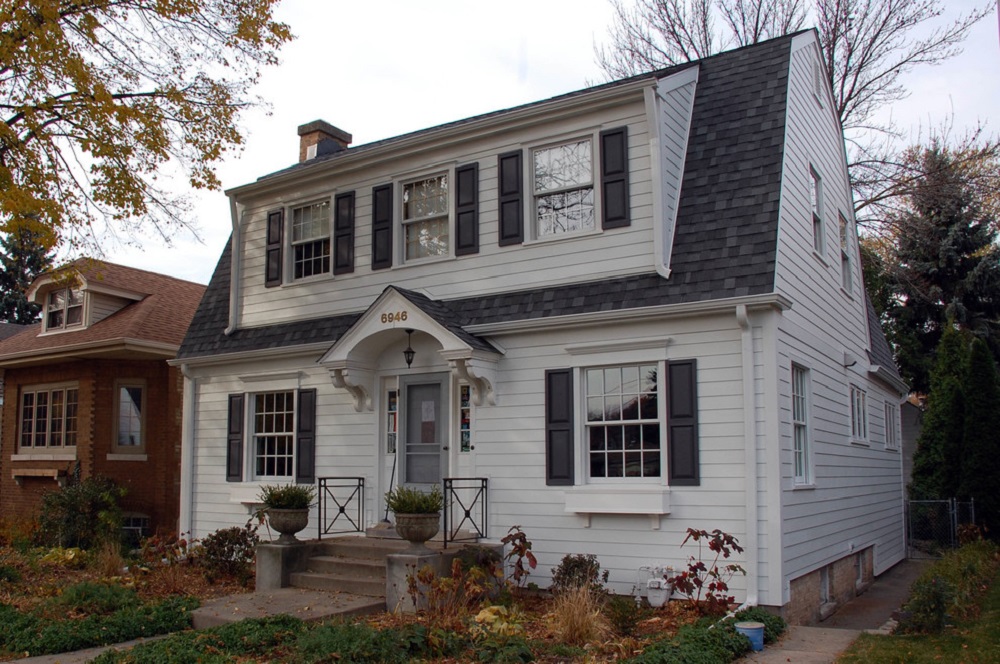 It takes its name from the Dutch settlers who build houses in the middle colonies. Some of the familiar features of these colonial houses are their wide double pitched roofs. They have narrow roof windows that are integrated into the roof line. This style is known as a gambrel roof and is referred to as a barn roof. 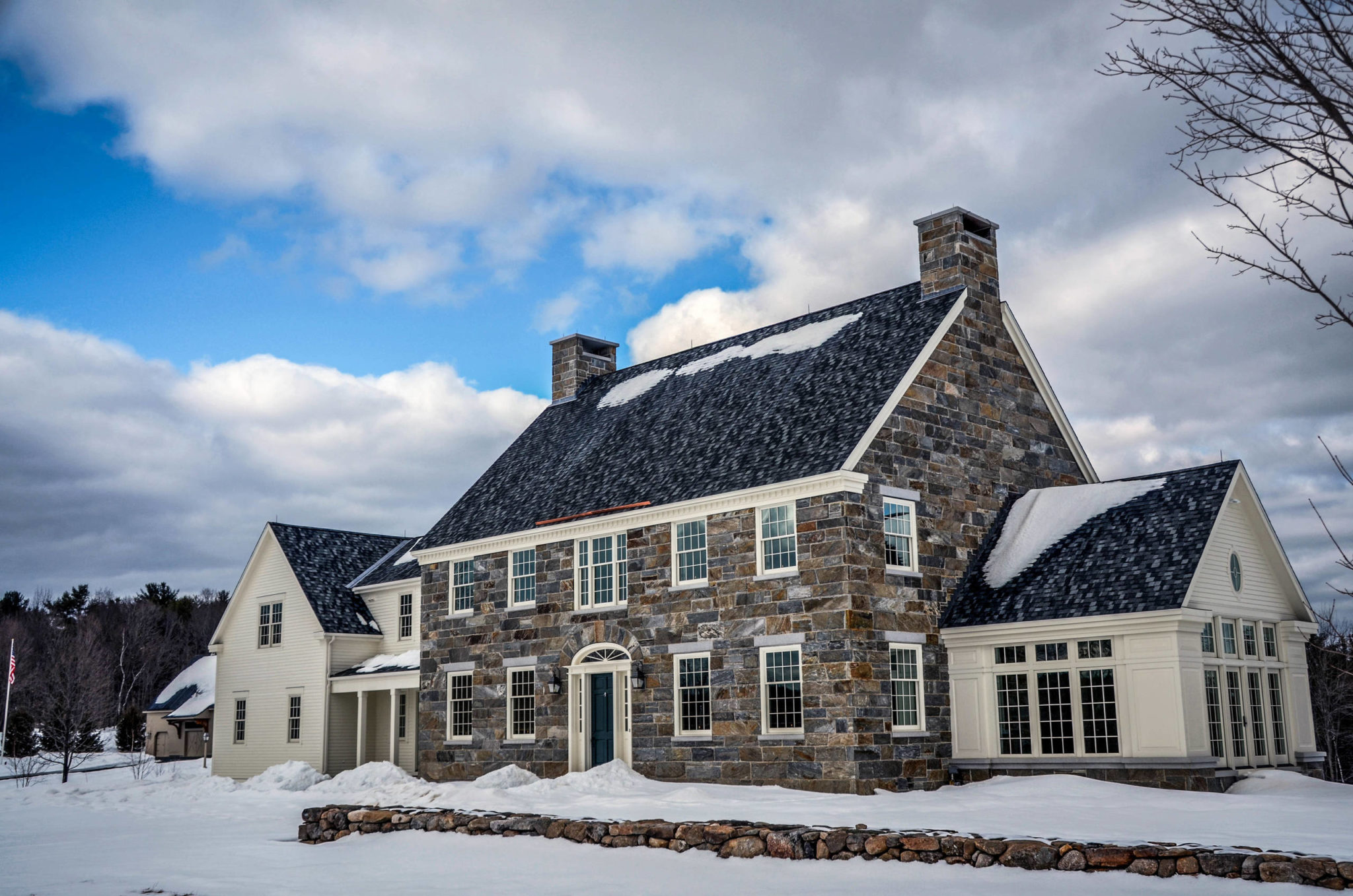 This colonial style began as early as the 18th century and represents America’s growing ambition to focus on ornamentation and size. This Georgian style is characterized by a square and symmetrical shape that has five windows in front of the house. Chimneys are not missing and are at the end of the house.

As a rule, they have a minimum of roof overhang and shape lines that eavesdrop on the house. 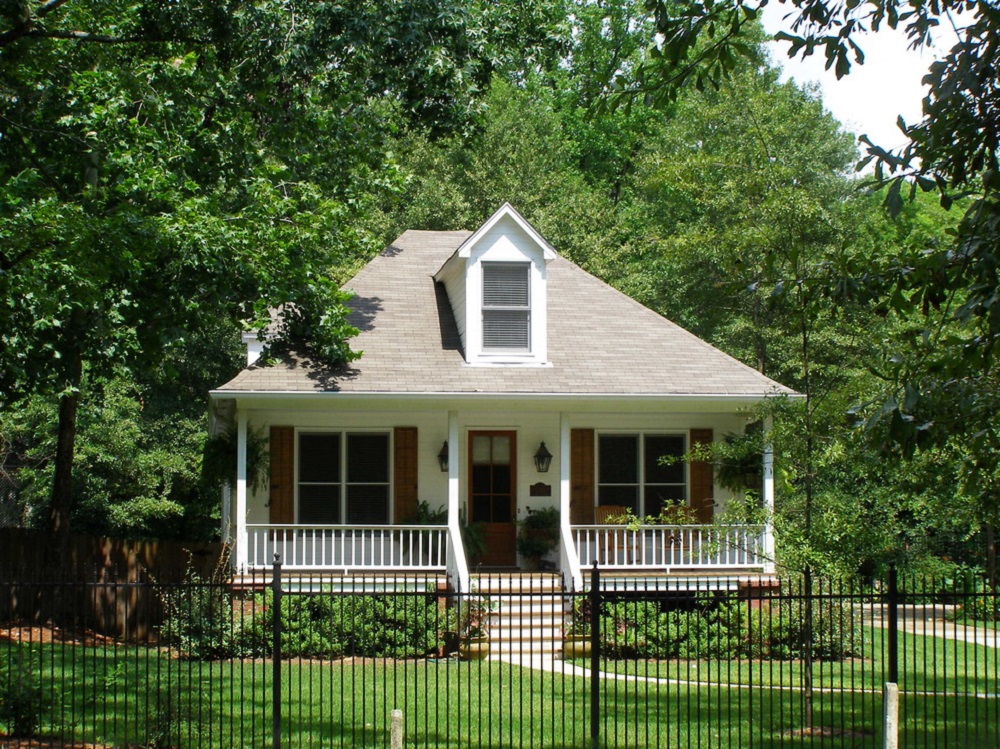 It is certainly evident that these colonial houses got the name from French settlers who built their own houses. They are also known as “Creole” architecture and combine French, West Indian and Caribbean influences. They usually go well in a humid climate. So expect to see them in parts of the US, where temperatures are often high and it rains a lot too.

We can find colonial houses in this style in the southern United States. Its main characteristics are: 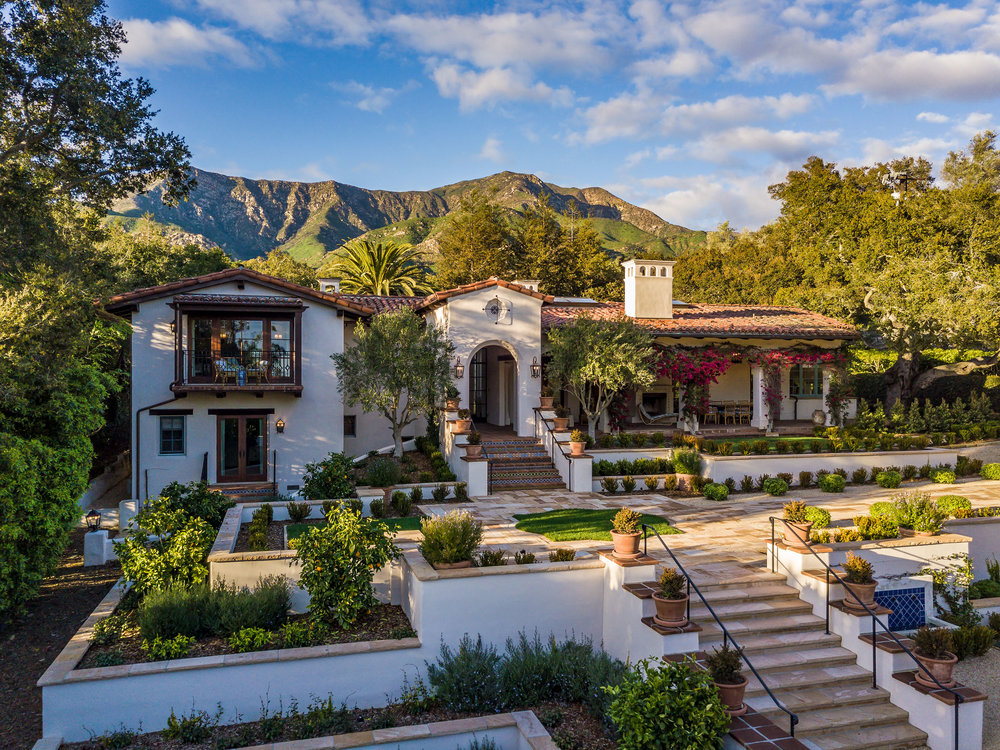 The term Spanish colonial period is used to describe elegant stucco houses with fountains. Early explorers from Spain built these rustic houses out of wood and shredded shells together with stone. 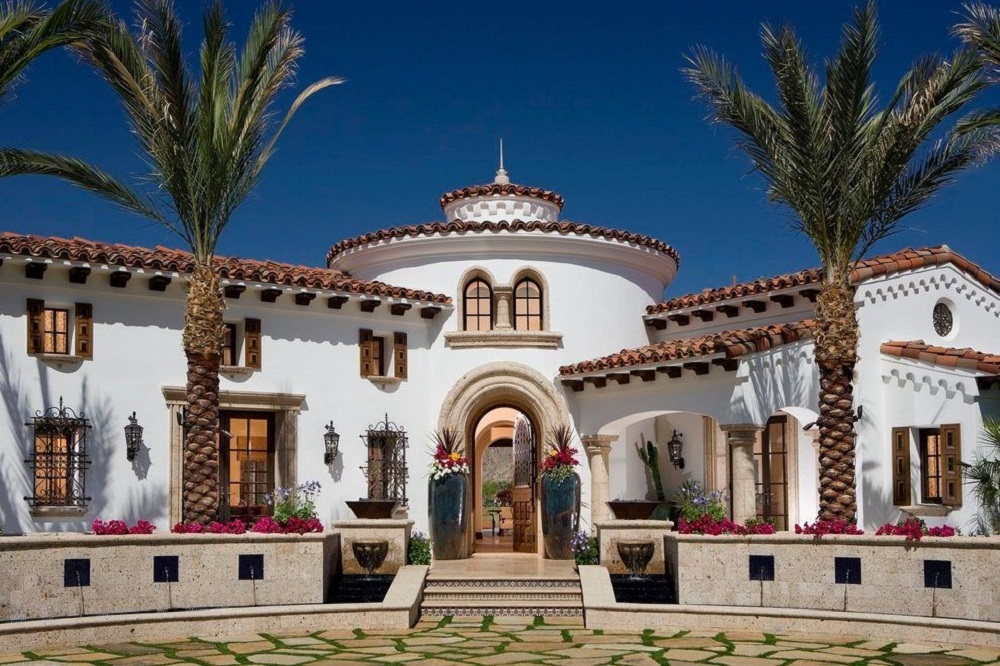 We can find them in California and Southwest America. They look beautiful and you can use Hispanic styling at any time. 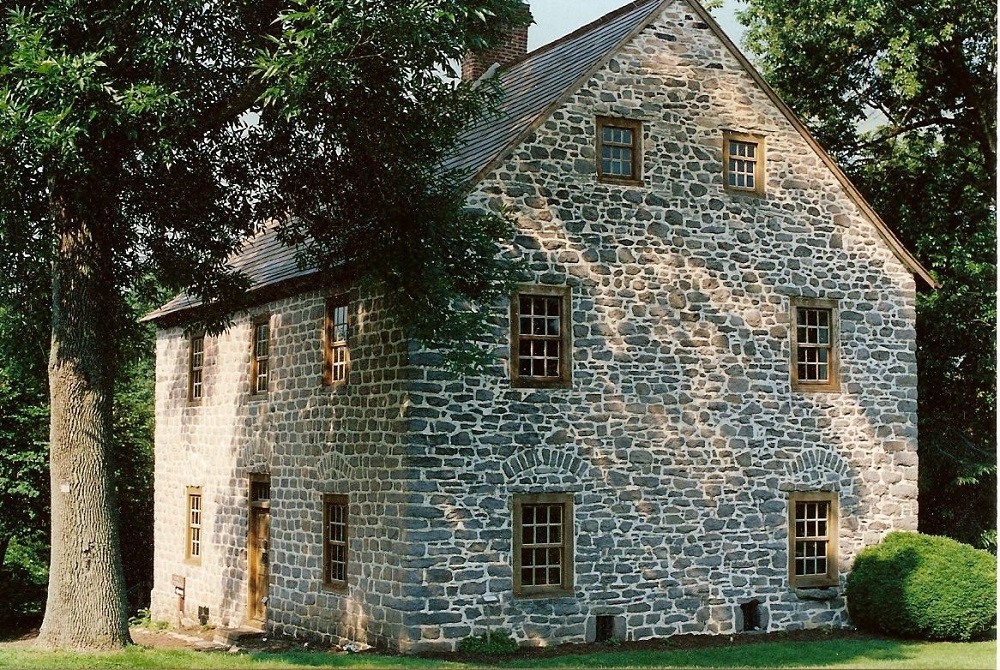 Image source: Restoration of the architecture

People who settled from Germany in the United States were in Ohio and Pennsylvania. Their homes have a colonial style and are similar to many others, but retain their unique features. This contains: 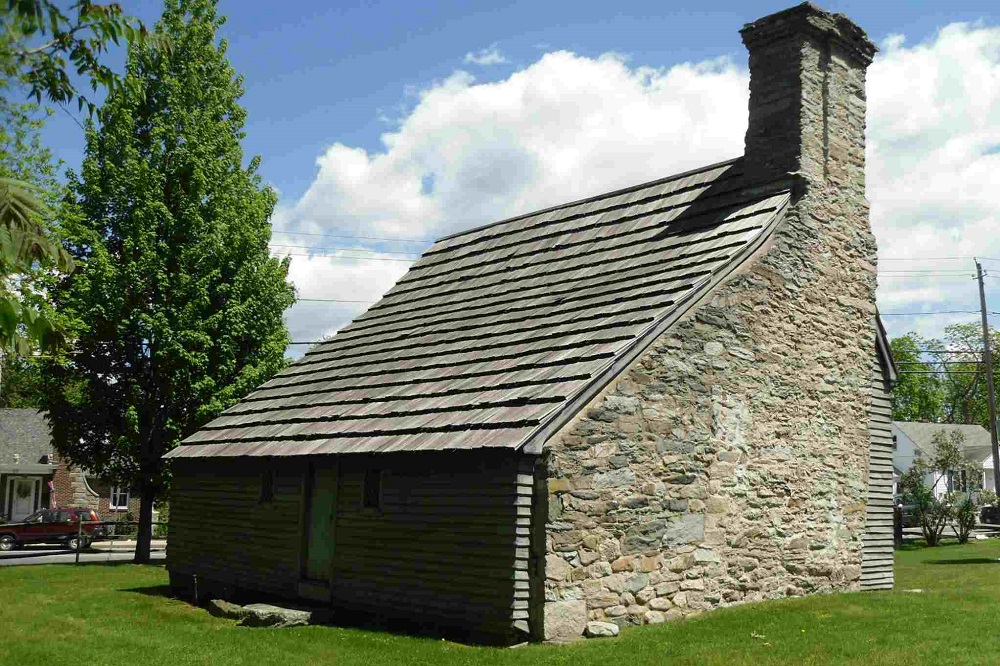 Image source: Vita Brevis
Another type of colonial house that we like is this. They have a pragmatic architecture and are made with local building materials. Colonists started building them after the houses they saw in western England.

These colonial houses became known as Stone Enders. Only one end of the house was made of stone.

In summary, most colonial houses have disappeared, but due to their shapes and details, we can still build modern houses. Colonial architecture has indeed inspired many different styles that are still used today. Because of this, we have more ideas and ways to create beautiful houses, and we have to be thankful for everything that has been built before.

If you enjoyed reading this article about colonial houses, you should also read this:

Previous Redesign a guide to your kitchen
Next What type of luxurious looking garden furniture is the most durable?