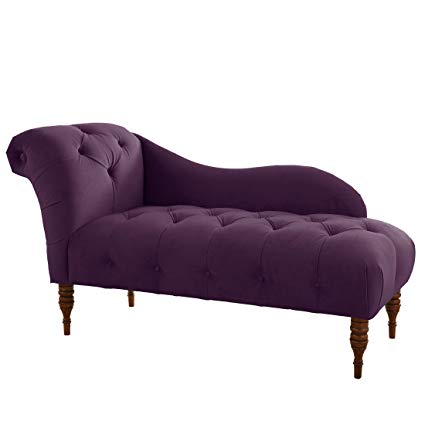 Making sense of the fainting couch

There are many variety of couches in the market. The couches are of different kinds as well as designs. Taking a deep search can introduce to some very interesting designs. One of them is the fainting couch. We’re here to enlighten you on this couch, so let’s begin.

What is a fainting couch?

Couch that has a back that is raised on one end is called fainting couch. The back is normally at one end of the couch, but there are times when it spans the whole length of the furniture. It was popular among women in the 19th Century as they used the couches in their “fainting rooms”.

These rooms were normally separate and women used them when they needed to rest during the day or where feeling light headed. It has to be pointed out that the fainting couch is used to this day, but with a different purpose as its more of a décor than anything.

Why there was a need for a fainting couch

The fainting couches were believed to be brought about because of tight corsets among many other things. Back in the day women used to wear tight corsets. These corsets made women faint more as they restricted blood flow thus the fainting couch was used to give them a place to rest once they started feeling light headed.

The next reason is female hysteria, which is considered sexual frustration today. This used to be treated like a disease, so the fainting couch was used as kind of a treatment table as well as a comfortable spot where they’d get manual pelvic massages to help “cure” them. The need of fainting couches is still there today except the purpose has changed with people having them for décor mostly.

The fainting couches are a work of art as they are beautiful and stylish. These chairs have withstood the test of time and are still used to this day. You could get yourself one of these online and add a unique piece of furniture to your home.