Home / Decoration / What are Victorian houses and what defines their architecture? 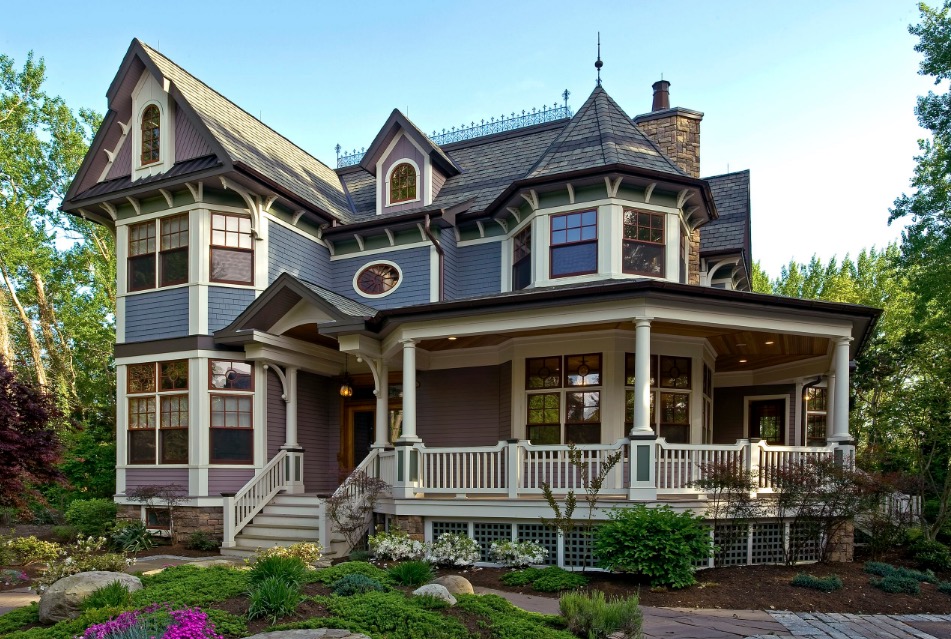 What are Victorian houses and what defines their architecture?

The Victorian appearance is one of the most aesthetic in the outdoors. The surfaces are so pure and have so many aesthetic elements in pastel and bright colors that they almost look like the house-shaped representation of a porcelain doll. Understand the concepts behind that

Victorian homes can be a bit tricky considering that they have more than 200 years of history, but with this article we hope to resolve many of your doubts. The origin of this architecture dates back to the years 1830 and 1910 and owes its name to Queen Victoria. During her reign, a variety of styles emerged that now belong to the Victorian house genre. 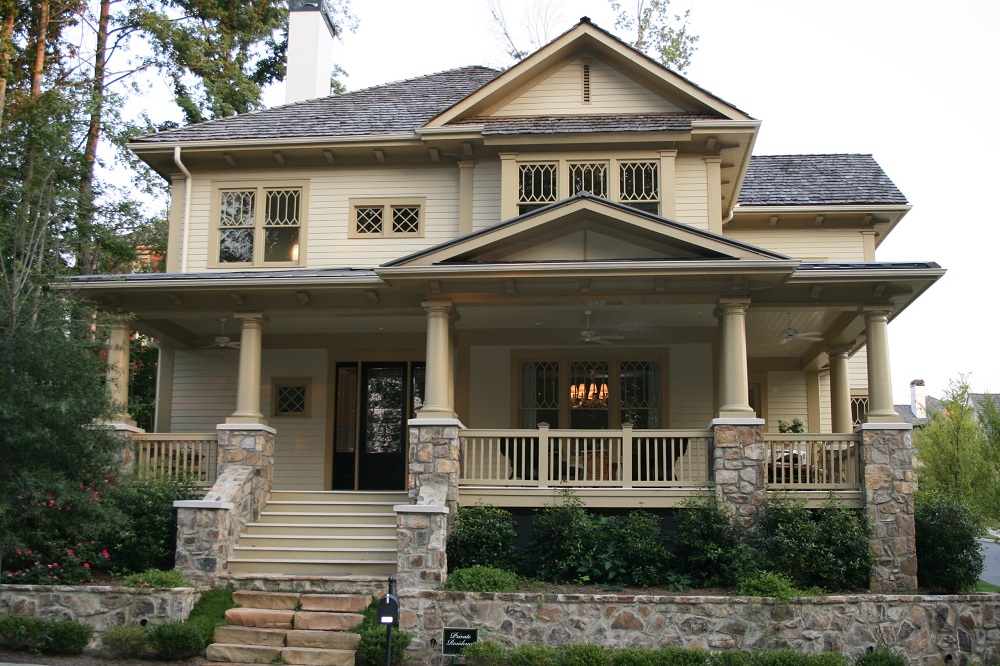 Thanks to this, Victorian houses have multiple patterns and simply share some features, such as: B. bright colors. However, we can find designs that range from Gothic revival to Romanesque style. 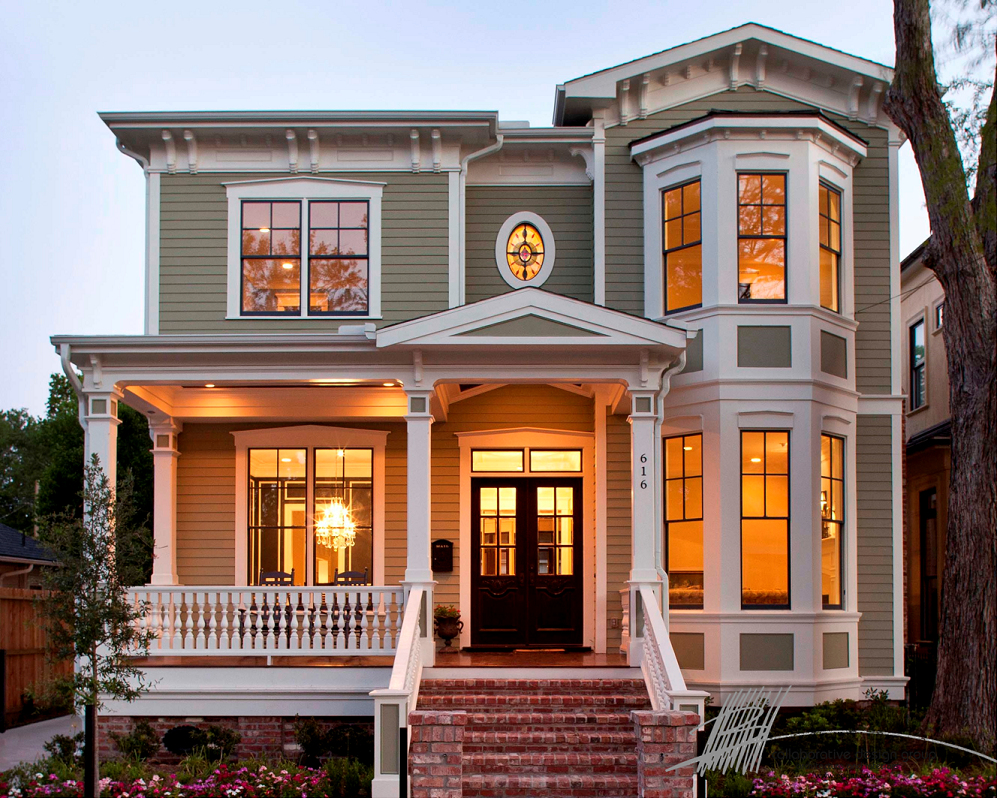 Many of the architects born at the time wanted to experiment with new materials to design houses. The cost of metals and ornaments was drastically reduced on the market thanks to mass production and new transportation systems, making them key elements in the construction of houses.

But enough to talk about the origins of the style, it’s time for us to see how a Victorian home is reached. 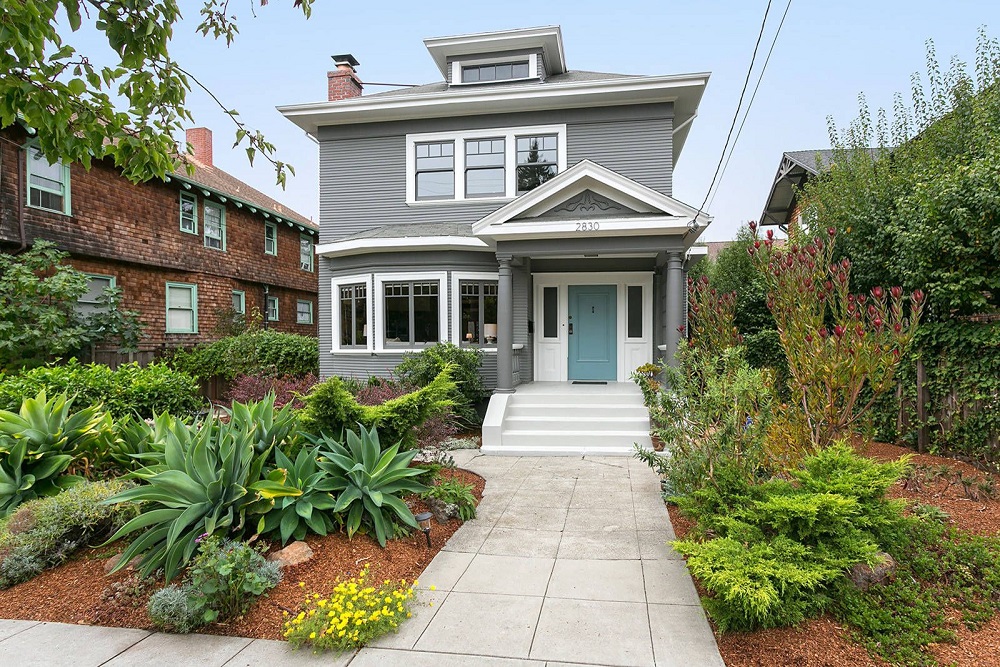 Victorian houses are a sign of American waste. There are many ornaments and metal details from different eras, such as colonial styles, Gothic windows, a touch of Roman and Greek shapes, and in some balustrades even a bit of Beaux-Arts style. The function of the constructions was practically referred to the new decoration options.

Every Victorian mansion has its own ornaments. It was a competition between designers to create new patterns that impressed people. The new materials (or rather, the new economic accessibility to materials that were previously very expensive) made it possible to create new shapes and combinations.

Among some common elements of the Victorian houses, we can see that the houses that were between 2 or 3 levels or otherwise failed were generally of great height. This is even reflected on the veranda, which is high and spacious. In addition, the height between the floor and ceiling is very high, so elements such as pompous chandeliers, majestic arches and other large elements can be installed.

Thanks to the various decorative elements in wood and metal, the facades tended to be asymmetrical. Some architectural elements such as windows and balconies have also been placed in asymmetrical positions. 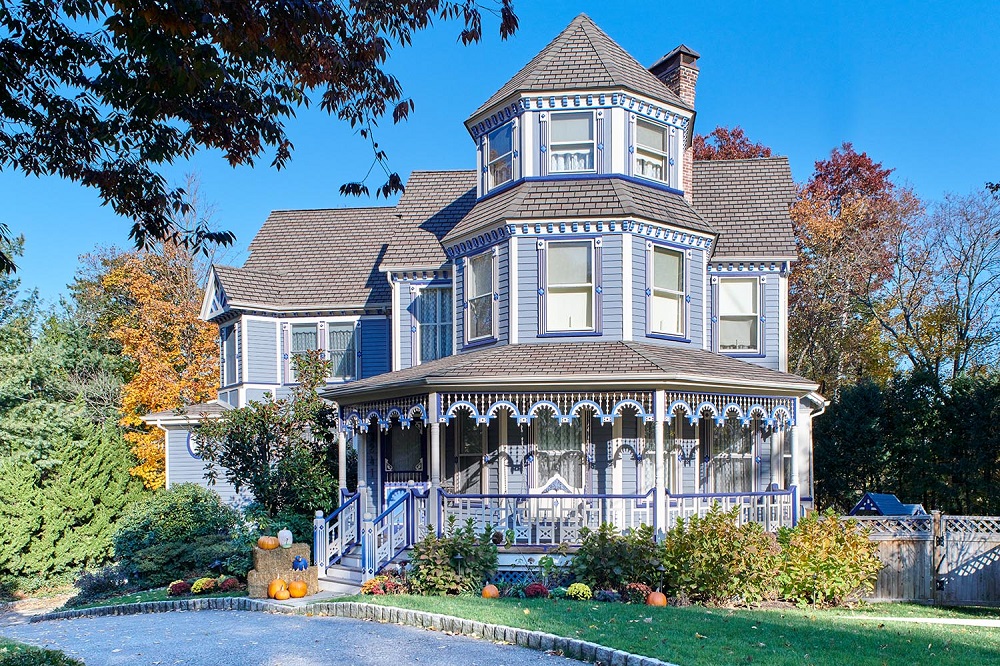 The windows could have different sizes between the floors, in addition they were not embedded in the wall, but protruded slightly.

Space is an important factor in Victorian homes. The rooms were large, the outside area was used by balconies, the hallways were spacious and had ornate 2-wing doors, the stairs took on the spiral style and the handrails were adorned with beautiful forgings.

Finally, we find very complex gable roofs. The facade had practically vertical roofs. In many cases they were so spacious that windows were installed to take full advantage of the interior as another room.

Highlights styles from the Victorian era

As previously mentioned, Victorian houses were not defined by a single style, but there were some common elements among the great variety. If there was one thing that dominated the era, it was the reinterpretation of classic designs. Among the recognized styles of the time we find: 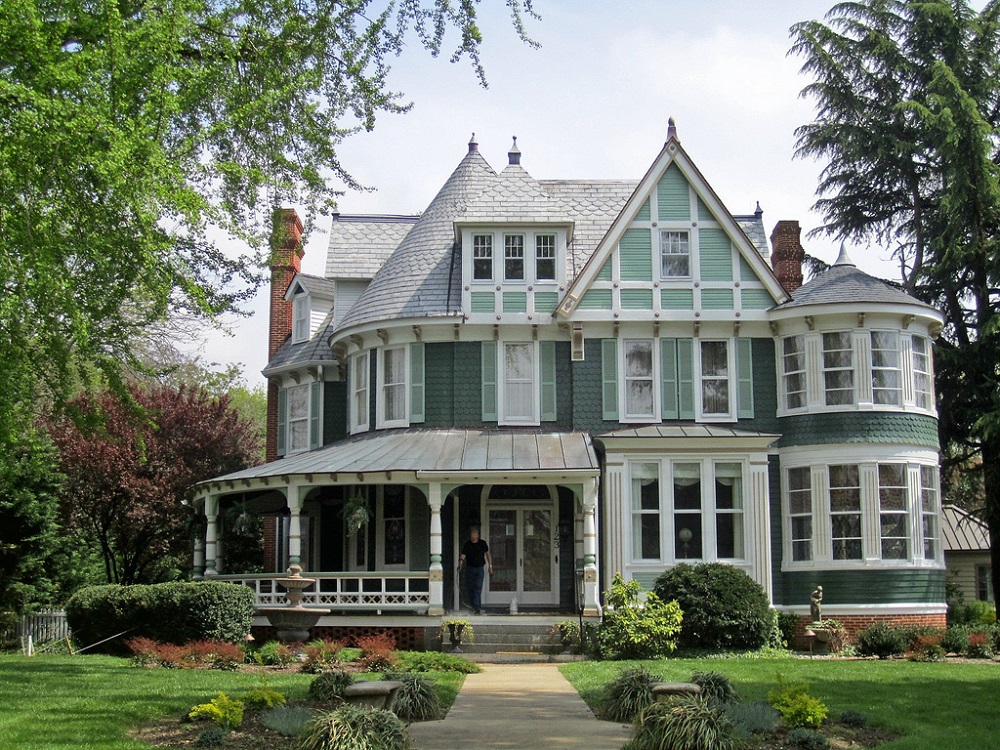 This is definitely the design that had more expansion during the Victorian reign. Despite the name that received the style, these have nothing to do with Queen Ana, British. Instead, the architects used this term to refer to the most extravagant and opulent works of the time. In fact, it is difficult to find a Queen Anne style house that is similar to another.

They were very popular from 1870 to 1900, and one of their great forerunners was the British architect Richard Norman Shaw. They were characterized by high constructions between one and two floors and did not use simple figures for the compositions. 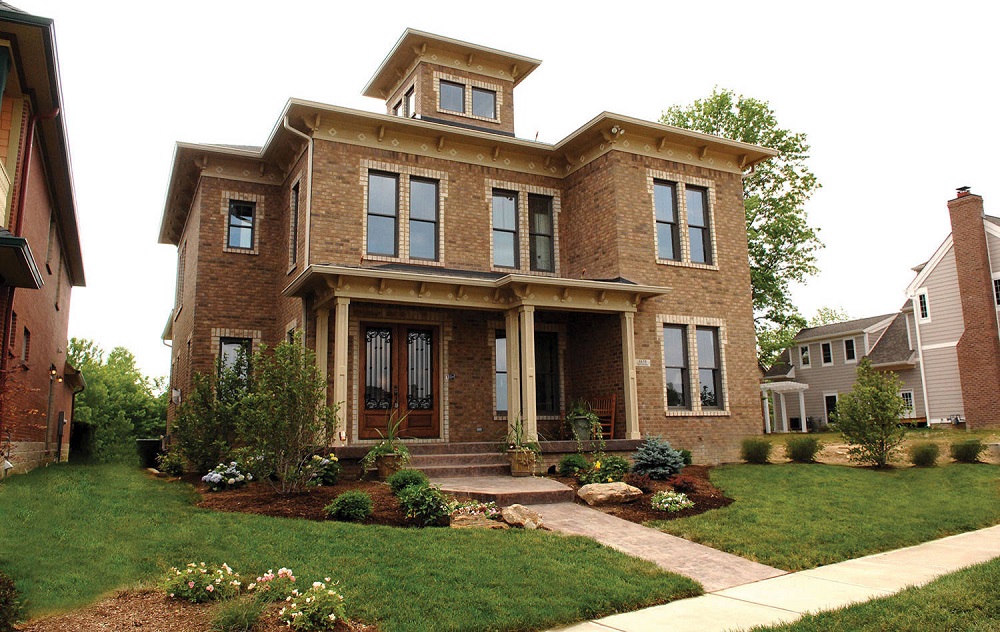 The European influence not only came from Great Britain, but since 1840 Italian houses in America have become popular thanks to various printed publications. In contrast to the Victorian standard, the Italian pattern has lower ceilings, which are balanced by wide eaves. Many of the pillars and beams were simply decorative. 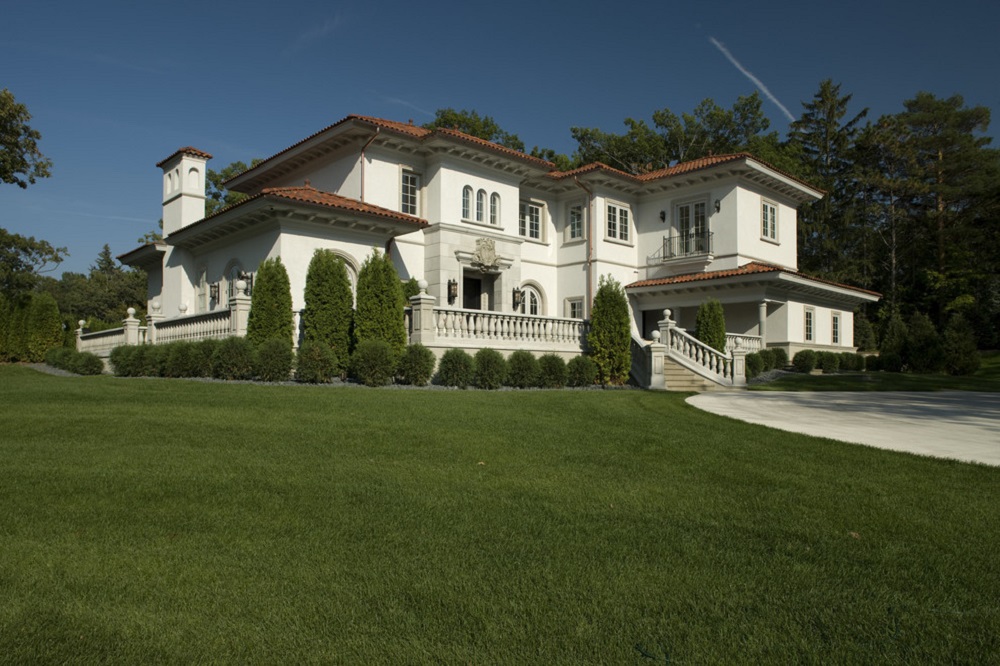 A key element of the Italian constructions are the domes and central towers, which were integrated into the houses in reduced versions. The Italianate style can still be seen in Ohio, New Orleans and New York.

Victorian Folk – accessible to everyone 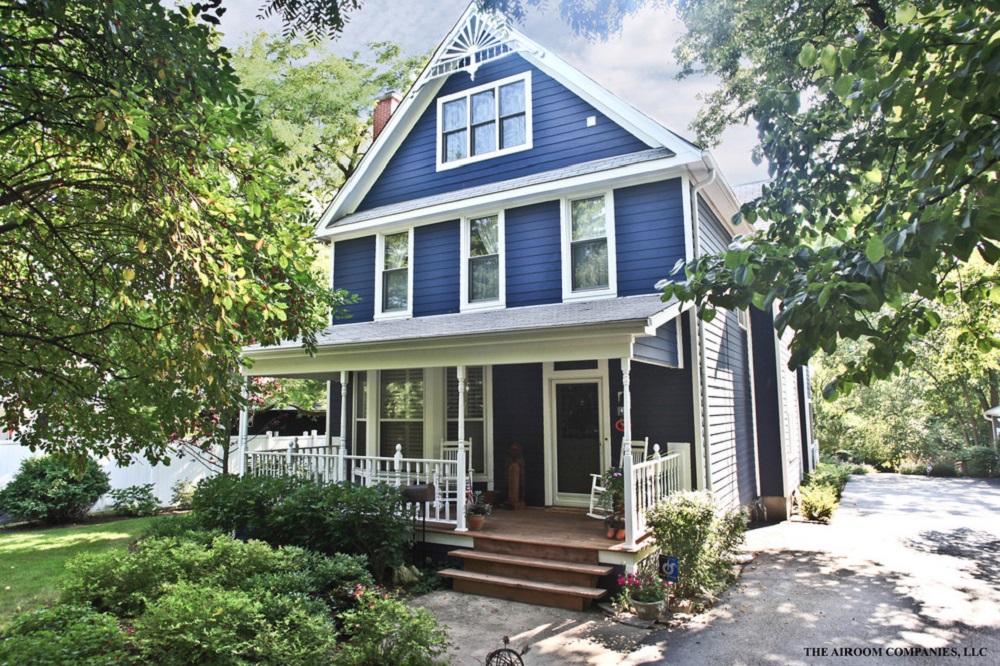 Victorian houses weren’t cheap either. In fact, a simpler style was born due to its cost, eliminating some unnecessary architectural elements such as towers or irregular figures. In order to keep the Victorian essence inexpensive, the designers concentrated on ornaments, both constructively with bezels and profiles, as well as with decorations made of metal and wood. 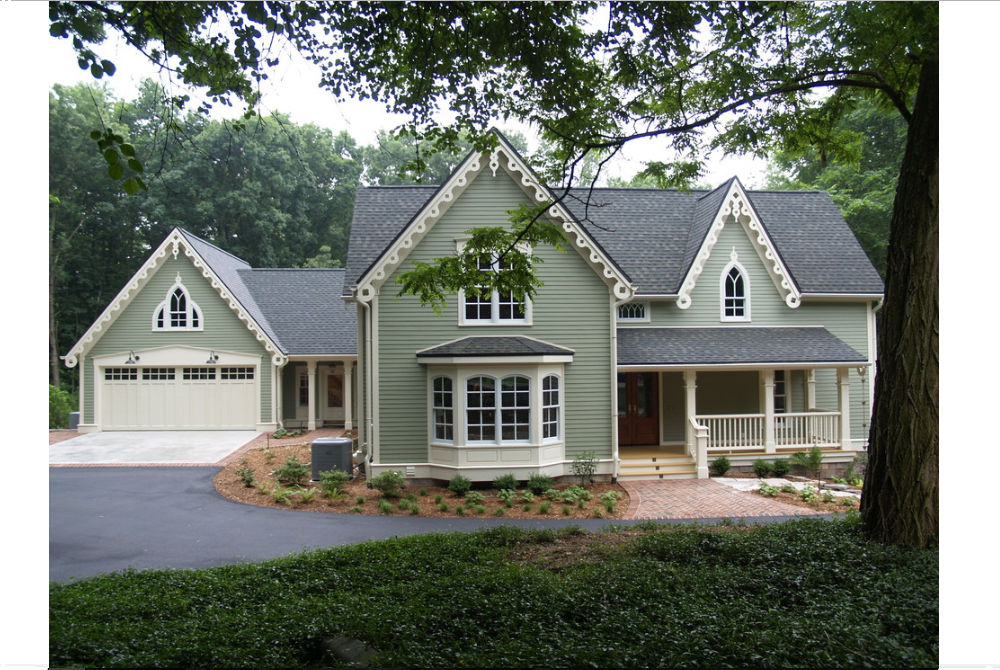 The Gothic style was born as an inspiration for the medieval churches and castles, which were built with large stone walls between beams and columns made of wood or rocks. These have high ceilings and we can find arches as a recurring support element. Since the ceilings on the facade were perfectly aligned forwards, they were covered with wooden ornaments. 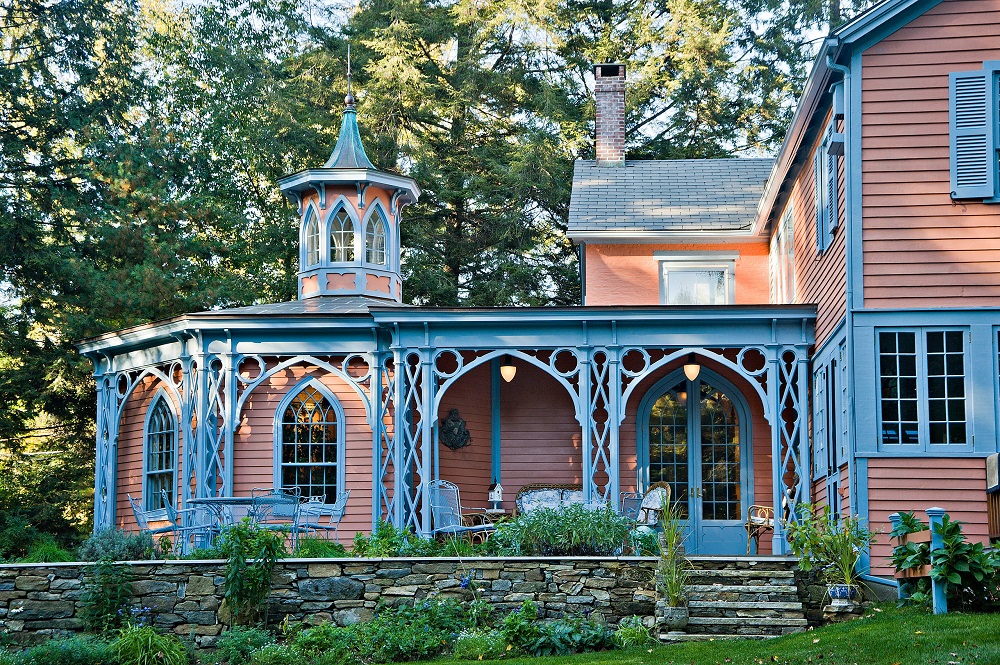 Small wooden huts are another alternative to the Gothic style. Because of their cost, there are still people who make them. If you want to learn more about them, just search for Carpenter Gothic. 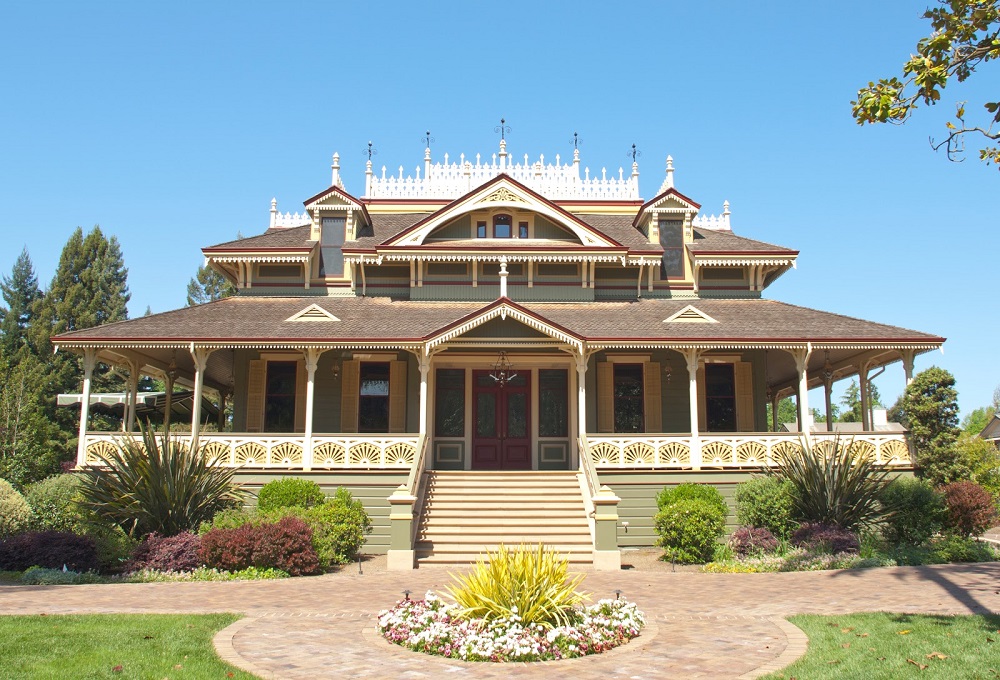 Wood was a fundamental element in building the Victorian style (it is still important today), but certain Victorian houses used it much more often. 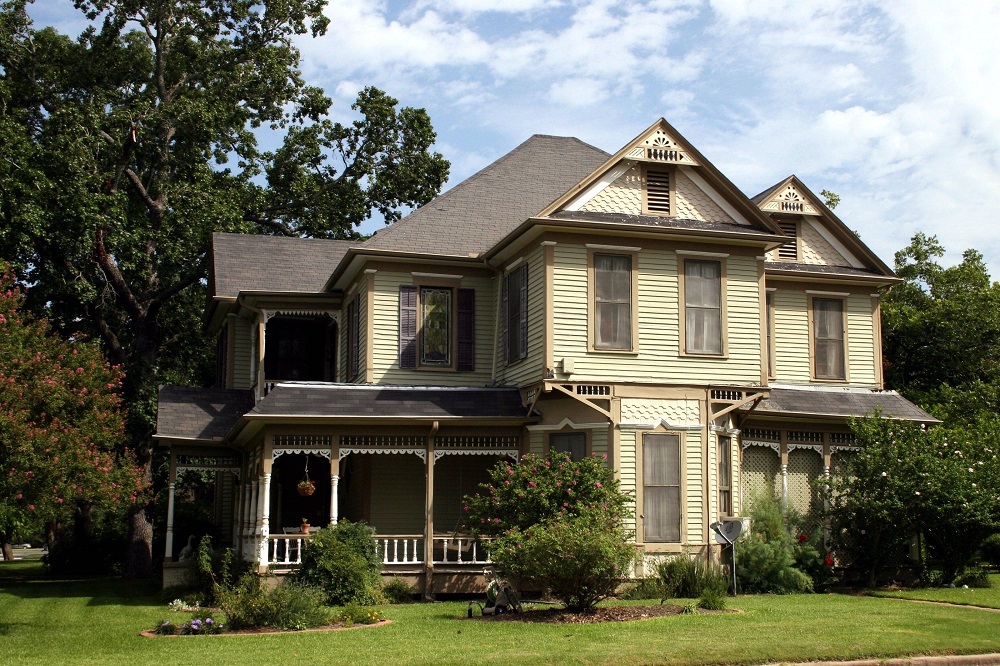 The various wooden beams and columns of the houses from Stick Eastlake use the structure of the house itself and form complex frames that, apart from the line combinations, have no particularly striking decorative elements such as protruding windows or ornaments.

In addition, the ceiling of the rooms is always steep in one direction, which creates a pleasant and varied feeling of space. 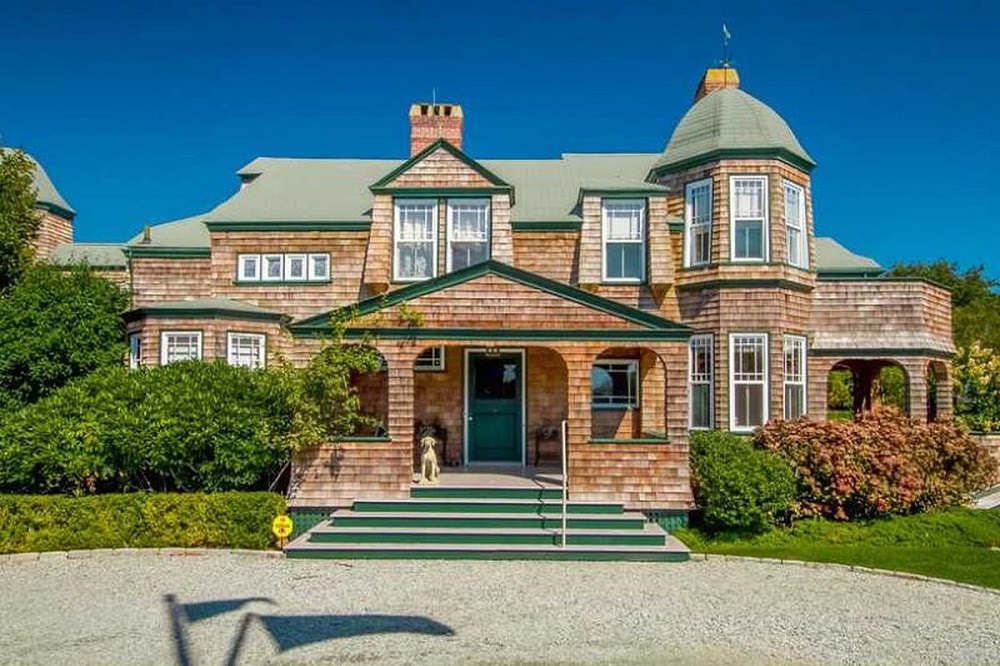 The simple acquisition of wood led the builders to reuse it. One of them can be seen in the shingle style, in which both the tiles and the wall cladding were made of wood. 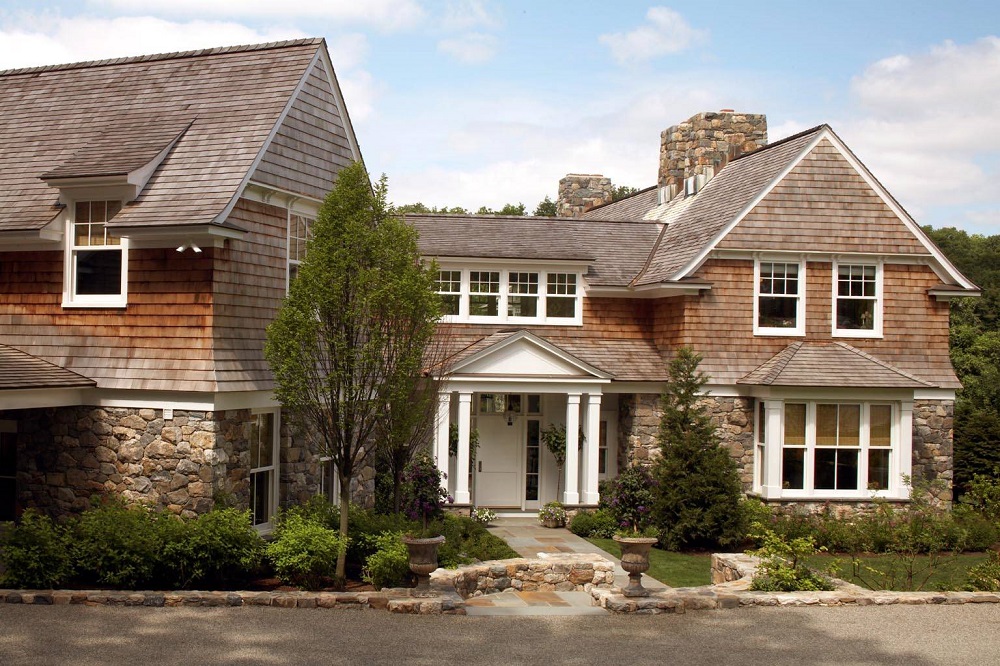 As in stick style, these houses have a simple but cozy design and a large interior. Since they were mainly built in coastal areas, they are often found as summer homes for millionaires. 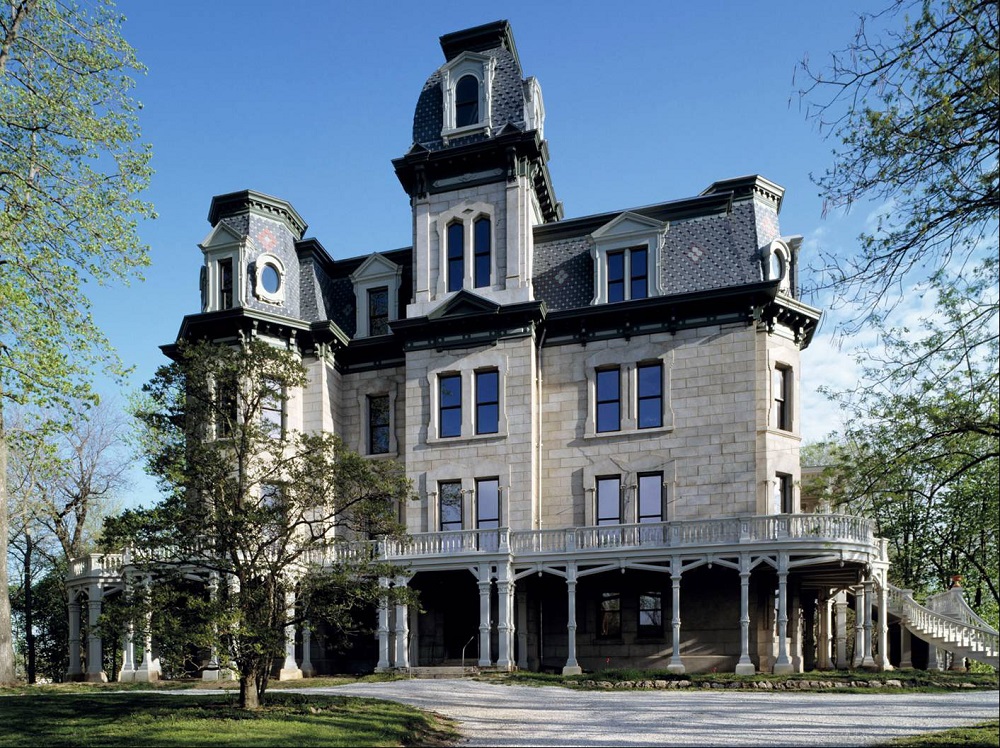 Another style that stood out in the Victorian era was that of Parisian architecture. American prosperity enabled large houses and cityscapes to be built with ornaments and shapes similar to those of the European country.

The plants opted for a rectangular or square design, which allowed the architects to easily use the space. 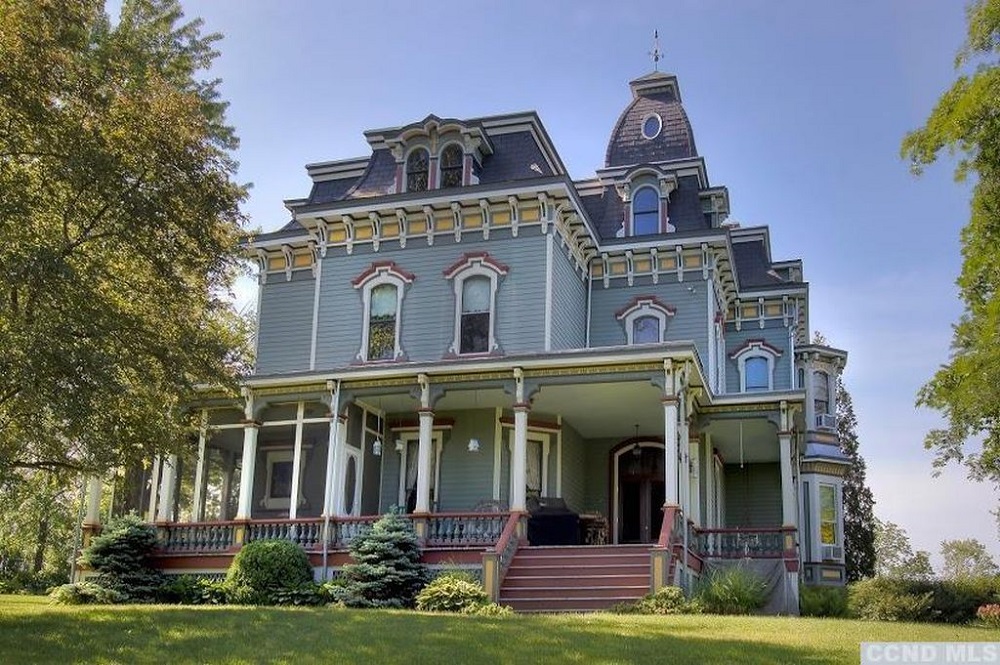 The facades are high and even and have mansard-style ceilings on the top. Those with windows installed on the roof to create another floor. These windows protrude a little from the diagonal line of the roof and were always arranged in constant patterns at an identical distance.

Because the patterns are more controlled, this style isn’t as majestic as other Victorian houses, but it also has a good amount of ornamentation.

A style that represents progress 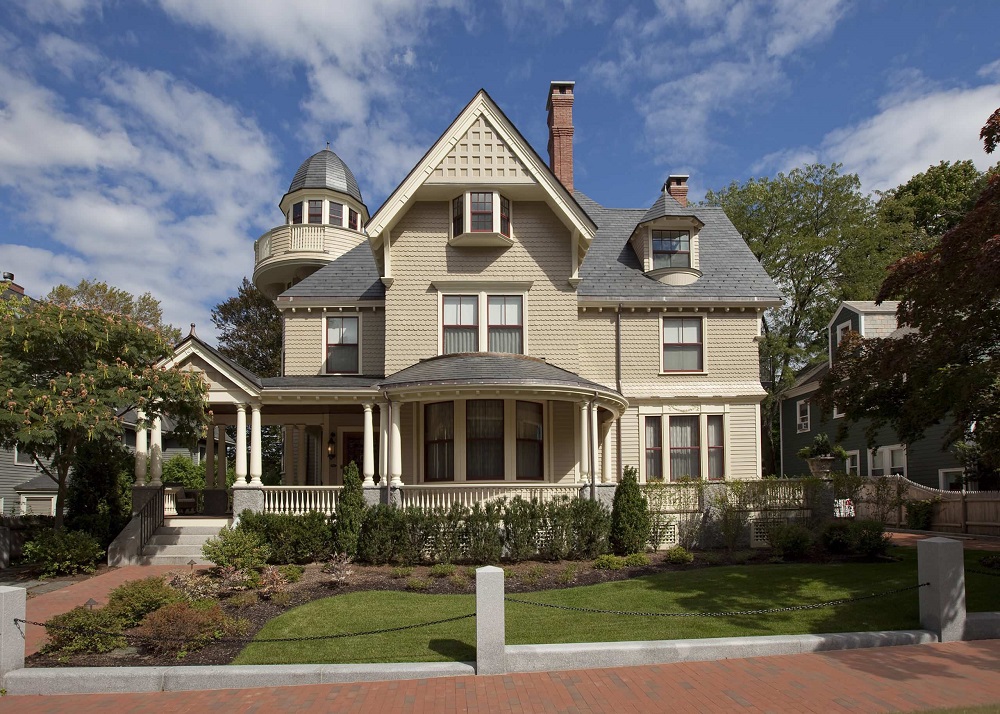 The great wealth that the industrial revolution brought is reflected in America in the Victorian style. Though they later faced major economic problems while the bonanza was in place, waste dominated at the time of construction. This allowed forgotten styles to experience a face lift that made them a new trend.

Victorian houses left us with some lessons at the time of construction, such as the importance of spaces and the fact that style is never given up for functionality. They were also the start of mass production for home solutions. Thanks to the transport, it was again possible to build large buildings without having to be a millionaire.

The only way to supplant the Victorian style was the arrival of the colonial Renaissance in 1920. The new generations didn’t have as many ornaments in the houses, which made them a niche style from which we can still learn today.

If you liked this article about Victorian houses, you should also read these articles:

Previous Update your home with these modern devices
Next Are icicles a sign of an ice dam on your roof?