Home / Decoration / What a traditional Japanese living environment looks like 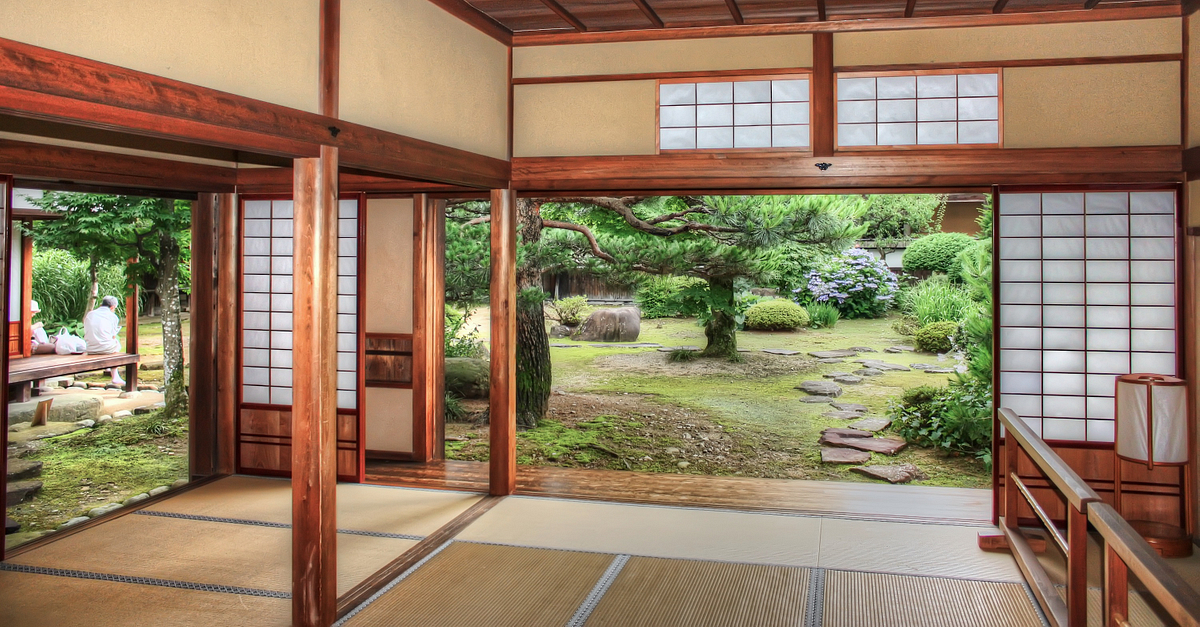 A traditional Japanese house has unique interior and architectural features that are considered important to the culture and history of Japan. These homes tend to be close together and small, regardless of whether they were built in rural or urban settings. However, traditional Japanese living design promotes natural light, privacy and contact with the elements.

Japanese interior design was introduced in the 19th centuryth Century, when trade opened up between East and West. In the past centuries the traditional Japanese house style was not popular or was not adopted by other cultures. The concept is a Japanese minimalist interior design when designing a “Zen” interior.

Westerners often disapproved of a Japanese house interior because of its austerity and simplicity, as you won’t find anything that doesn’t belong or exceed it. Whatever is in the house has a purpose and a symbolic meaning. 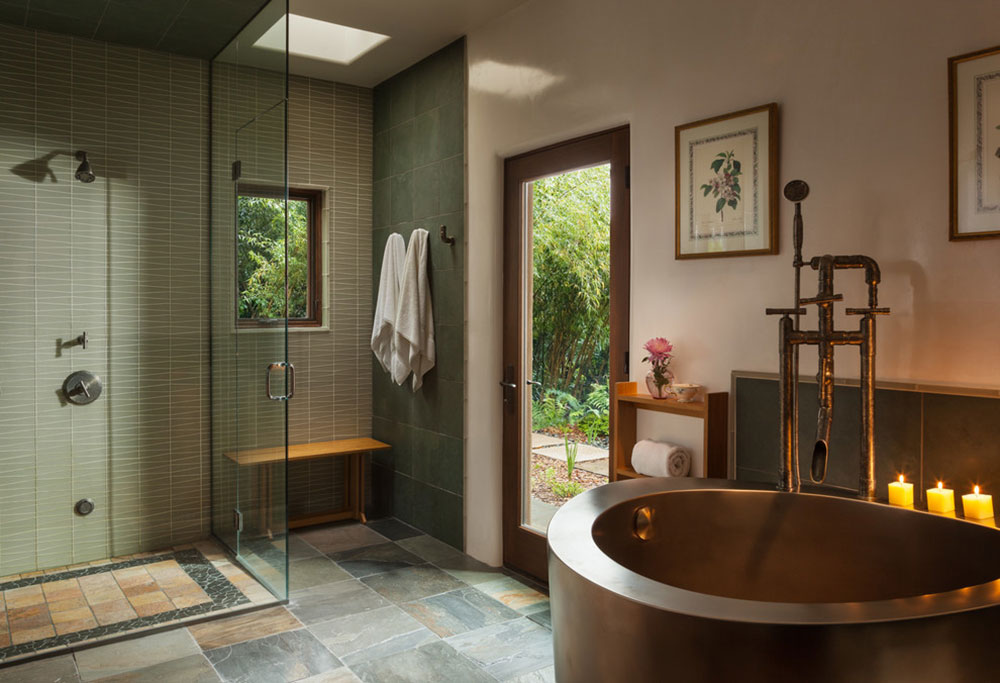 “Ma” is the key to traditional interior design in Japanese homes. The aim of the concept is to create a balance between objects such as furniture on one side and available space on the other. The main principles of a traditional Japanese house are clear and clear interiors that create a quiet and special space for everyone. 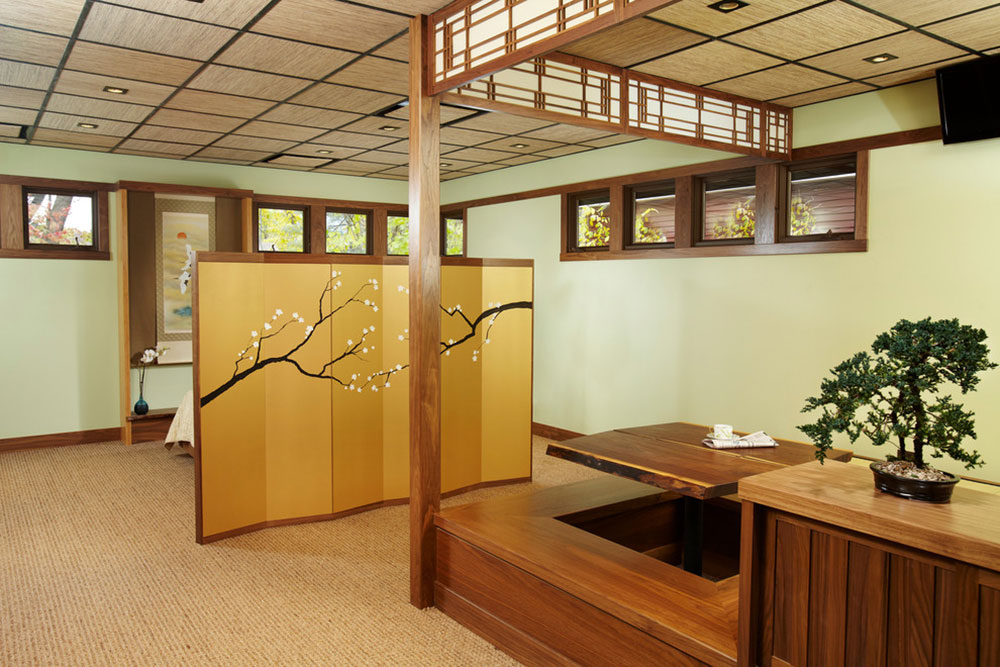 Traditionally, a Japanese interior has no walls or rather not as the modern westerner knows. In the interiors of the Japanese houses, light sliding panels are used, which are called Fusuma and serve as walls and doors. They are made from rice paper and bamboo.

Interior of a traditional Japanese house

Japanese house design was adopted by many western architects who introduced this style worldwide. Some of the key concepts are explained below.

The abundance of empty space 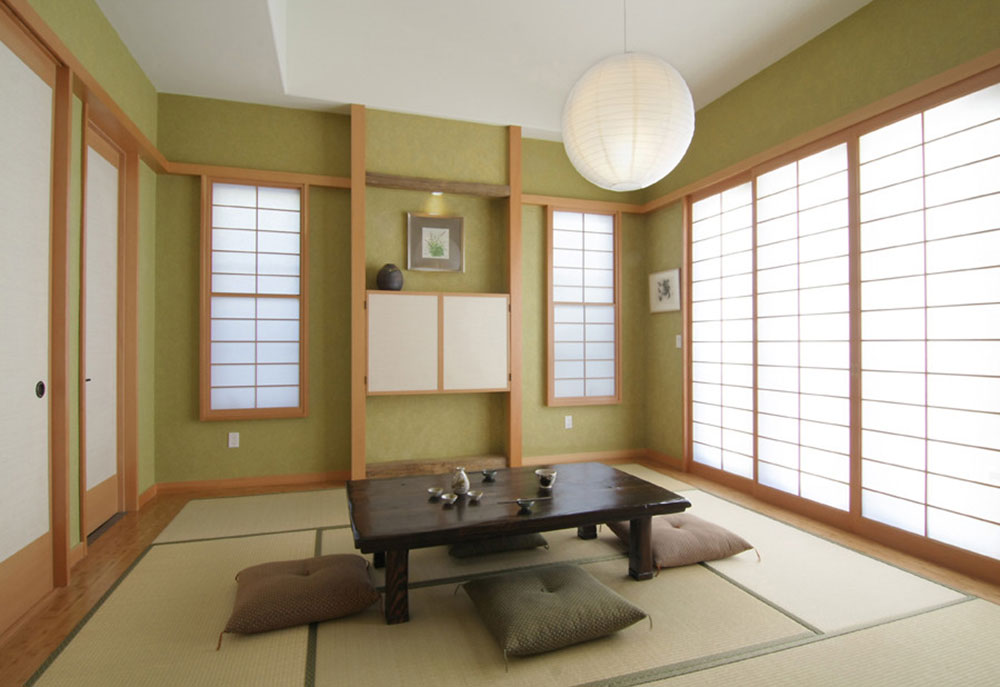 You won’t find a Japanese-style interior that’s overflowing with tiny trinkets and excess furniture. It is ideal to have nothing on the floor of the traditional Japanese interior other than a rice straw mat called a tatami. Other furniture that would be available is a chest of drawers, a low wooden table with seat cushions on the floor and mats, so-called futons, which are kept when not in use.

You will not find any distractions and there will be a feeling of weightless openness. A very positive aspect of a traditional Japanese interior is that it is a dust-free room that is easy to clean and keep clean. 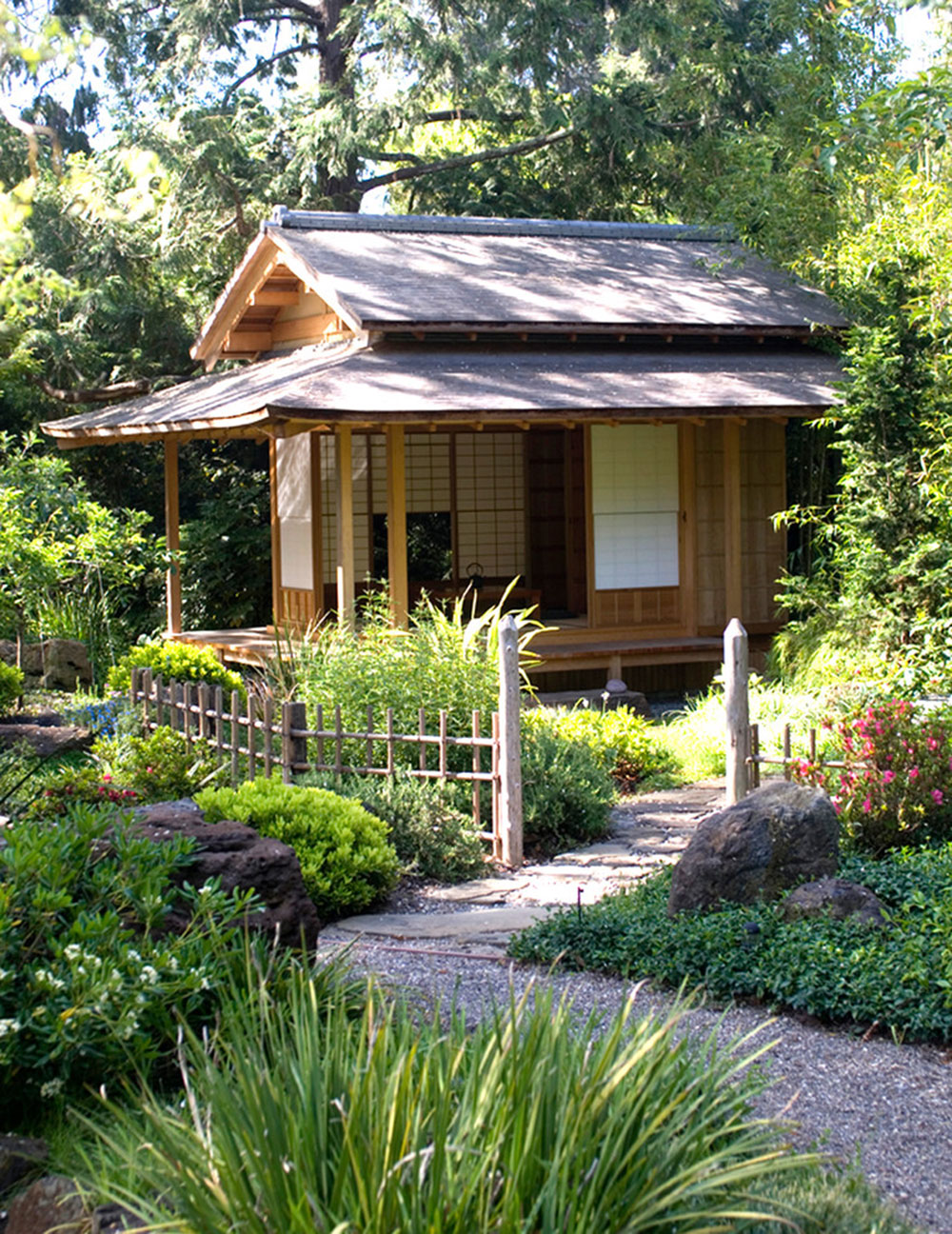 In Japan, residential streets lack footpaths, so the property’s privacy and public space are only separated by a gate. Traditionally, a covered gate is the only separation between a hidden residence and the street.

In Japan, the houses are built from north to south, and to get the most sunlight, the rooms face south. In traditional Japanese style, the view plays an important role and gardens, water or mountains are an integral part of the construction.

Residents and homeowners in Japan see natural light as an essential part of life and are therefore part of the architectural style. 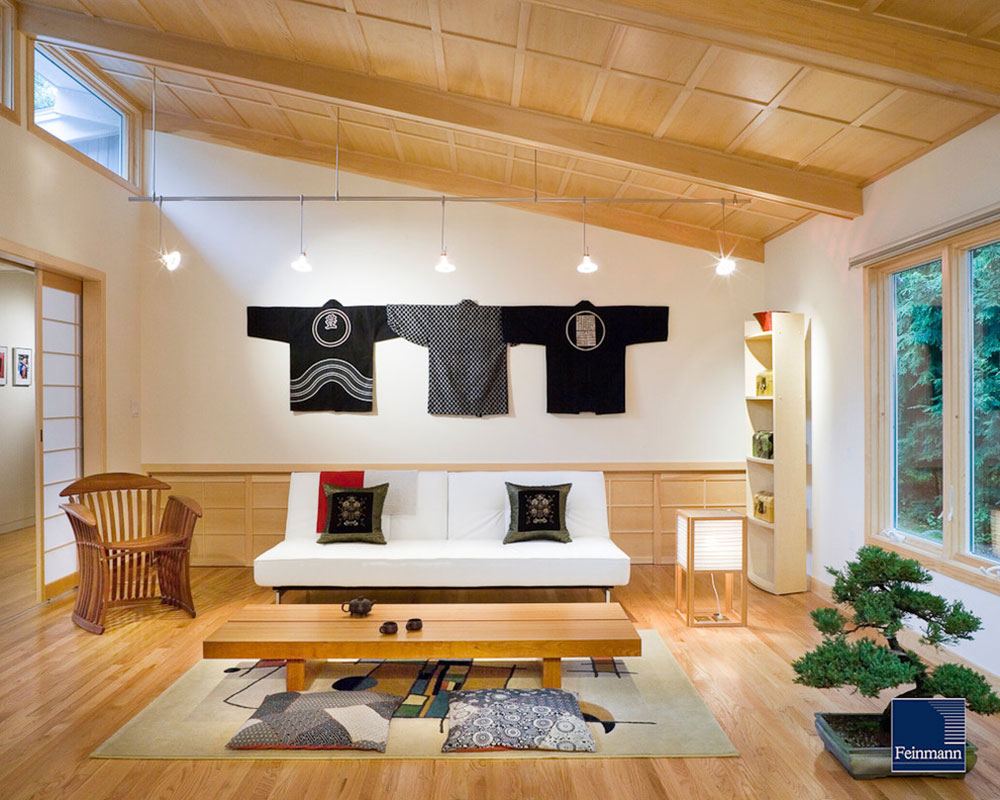 The traditional Japanese house interiors embrace nature and it is something they have a lot of respect for. To bring nature into the home, there are a number of Japanese plants such as bamboo and bonsai that give Japanese interiors to the culture. Any green such as orchids or palm trees is also suitable. You won’t see colorful flower arrangements etc in a Japanese interior, just natural and simple green. 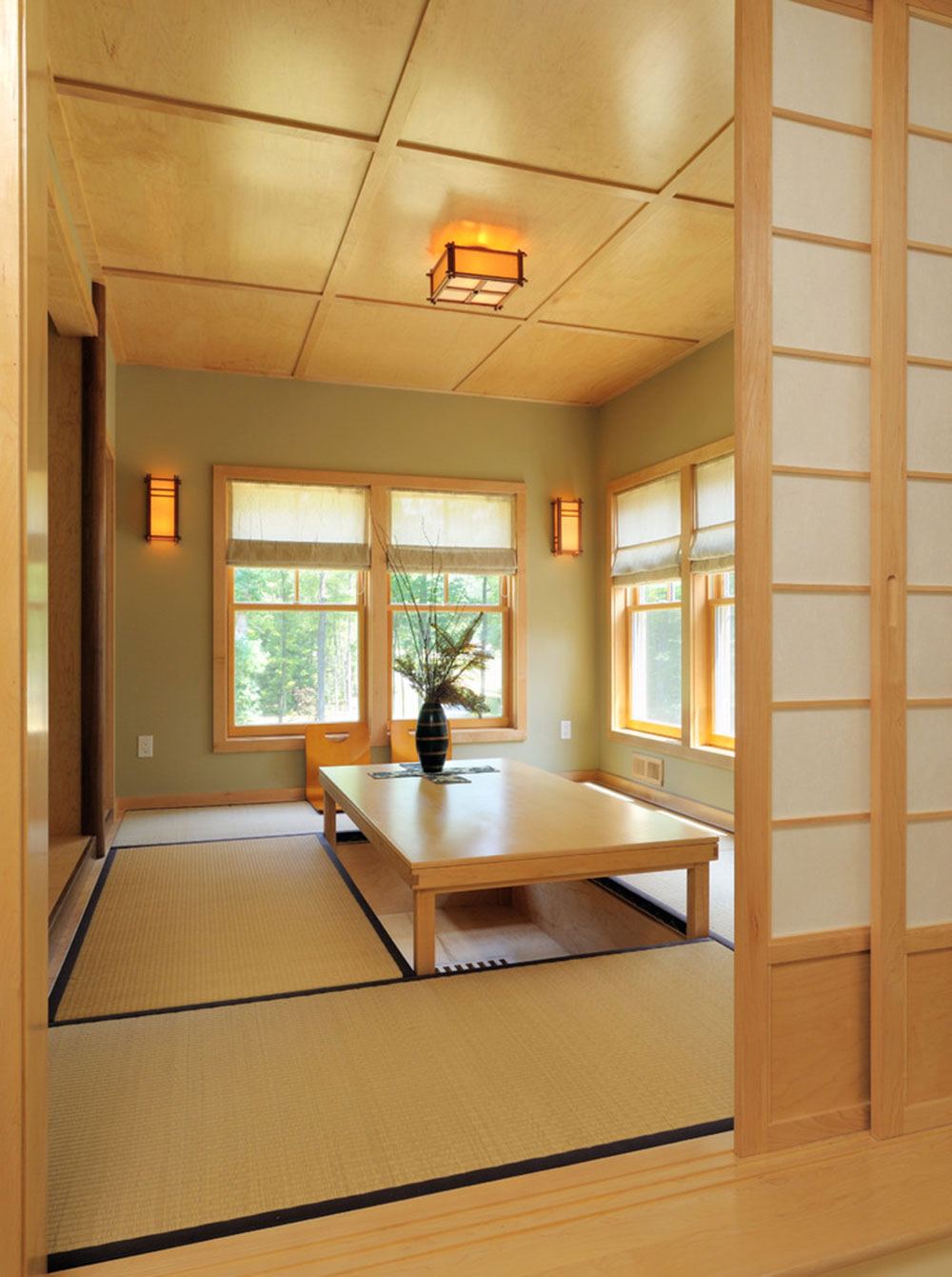 In Japan space is scarce and houses are expensive, so the traditional Japanese house will be small, especially compared to western standards. Old Japanese interior designs do not have doors and walls, but rely on Fusuma (sliding doors) and Shoji (movable screens) to divide rooms.

Glass windows are absent, but shutters are used instead of windows, while the screens are wallpapered and bright so that enough light can enter. 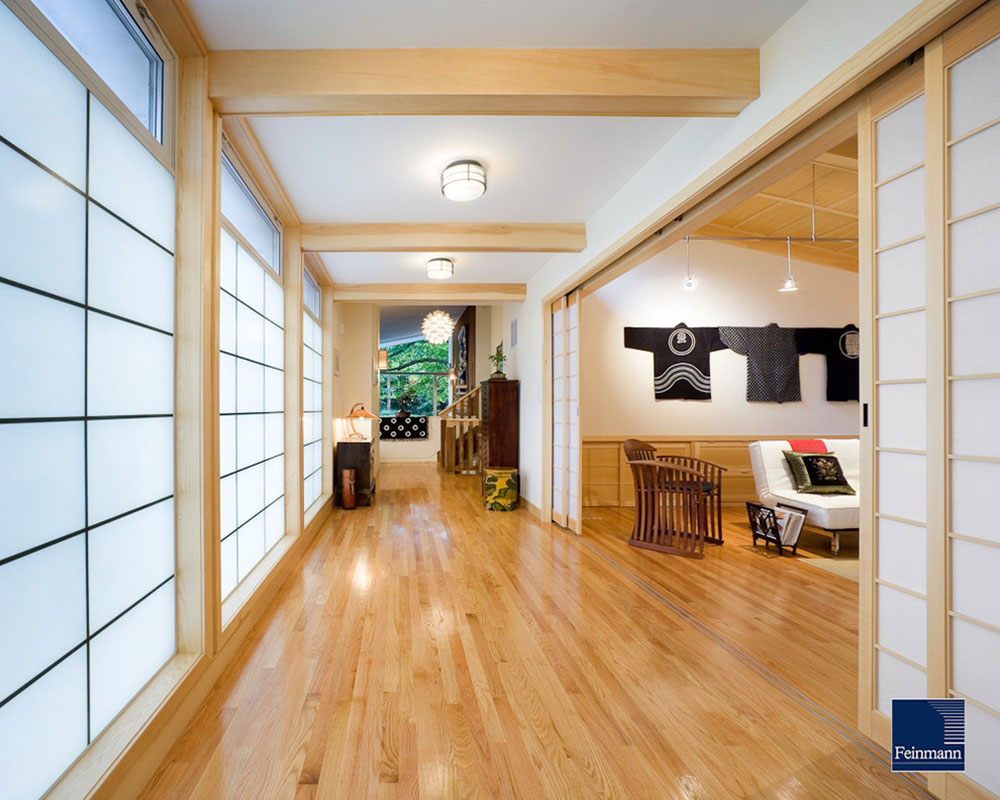 A Japanese style of living does not use glass, but rather interesting ideas to integrate light. A shoji plays a big role in the Japanese interior because it is an authentic Japanese screen. It’s a wooden or bamboo frame with translucent paper and slides instead of swinging like a traditional door. They are used for both exterior and interior walls. 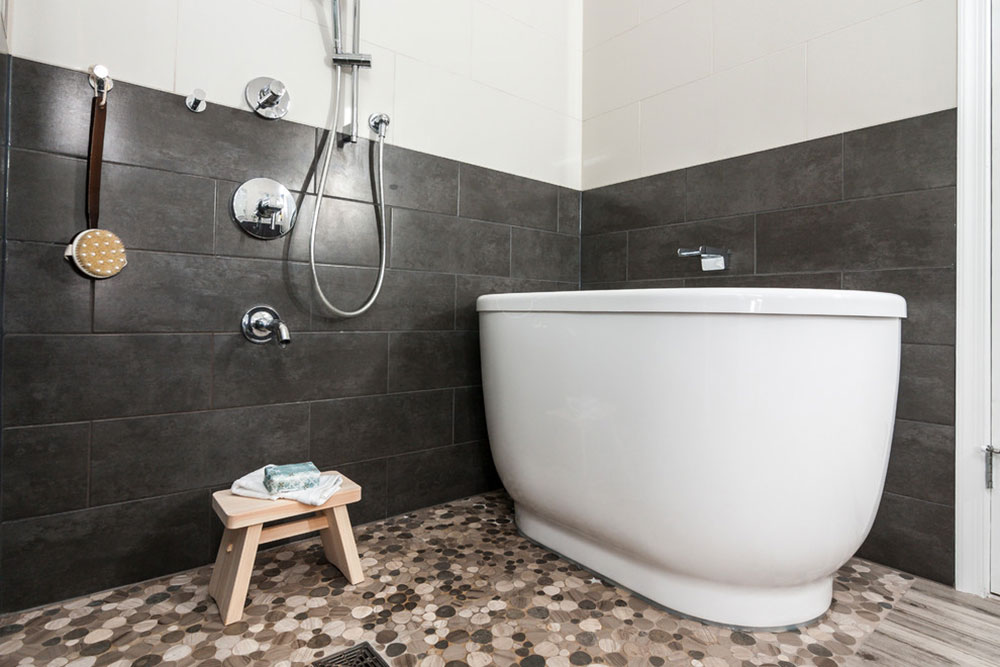 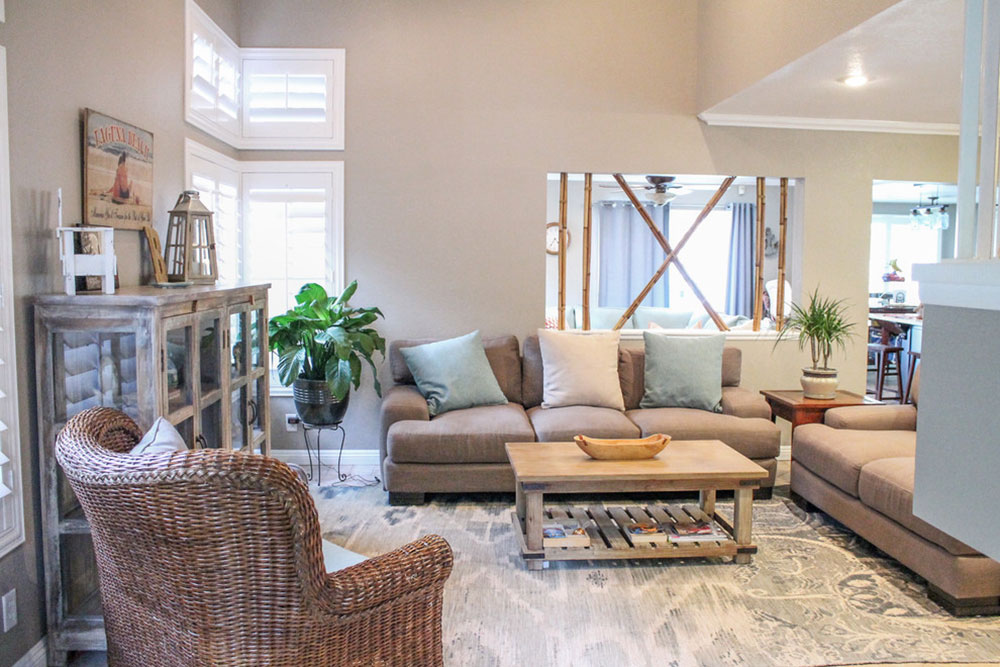 The Japanese interior design always contains elements made of bamboo and wood. You will notice it in various places such as frames, screen grids, doors and walls. If you want to integrate these common interior design concepts into a western home, you can use natural wood such as red pine, hemlock, cypress and maple. Bamboo is the most commonly used material in the east and west.

Other ways you can mimic Japanese interior design are with wood lattices in your home, as well as wood floors. 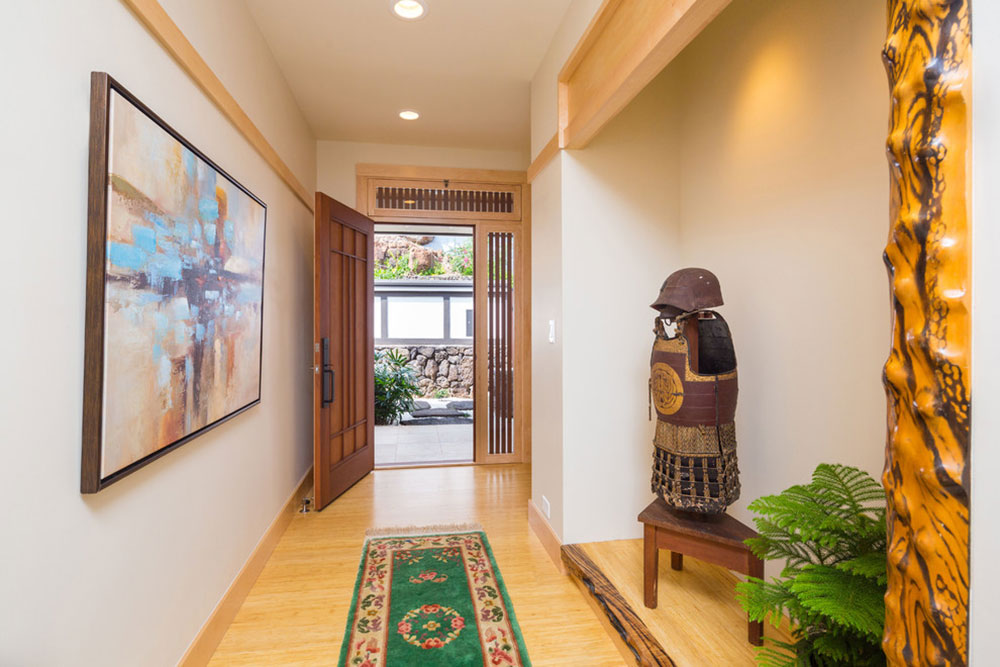 If you refer to an entrance in Japanese architecture, it is a Genkan. Here you step into your shoes when you enter and are greeted by the guests. Stone tile floors are popular in the entrance area of ​​a traditional Japanese home.

The floor is often made of gray stone tiles or wood, while the walls are always replaced by opaque screens covered with paper. In order to keep up with the elements of nature, natural colors like green and brown are the predominant colors. 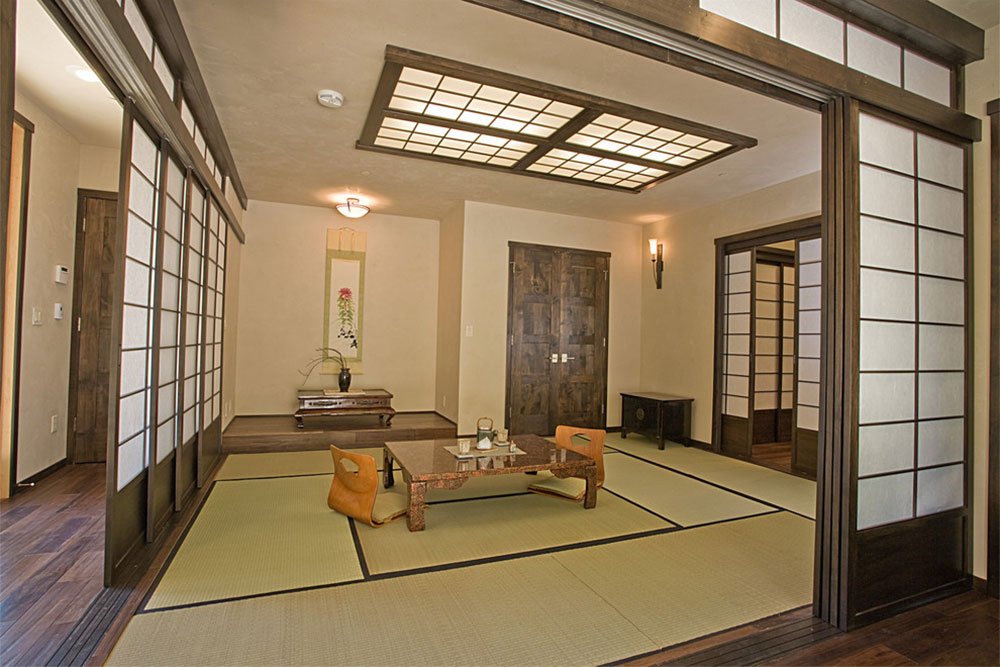 Tatami flooring is a type of grass (igusa) that is woven and lasts for many years because it is not walked on with shoes. It is warm in winter and cool in summer. These straw mats are traditionally rectangular with edges made of black fabric or brocade. 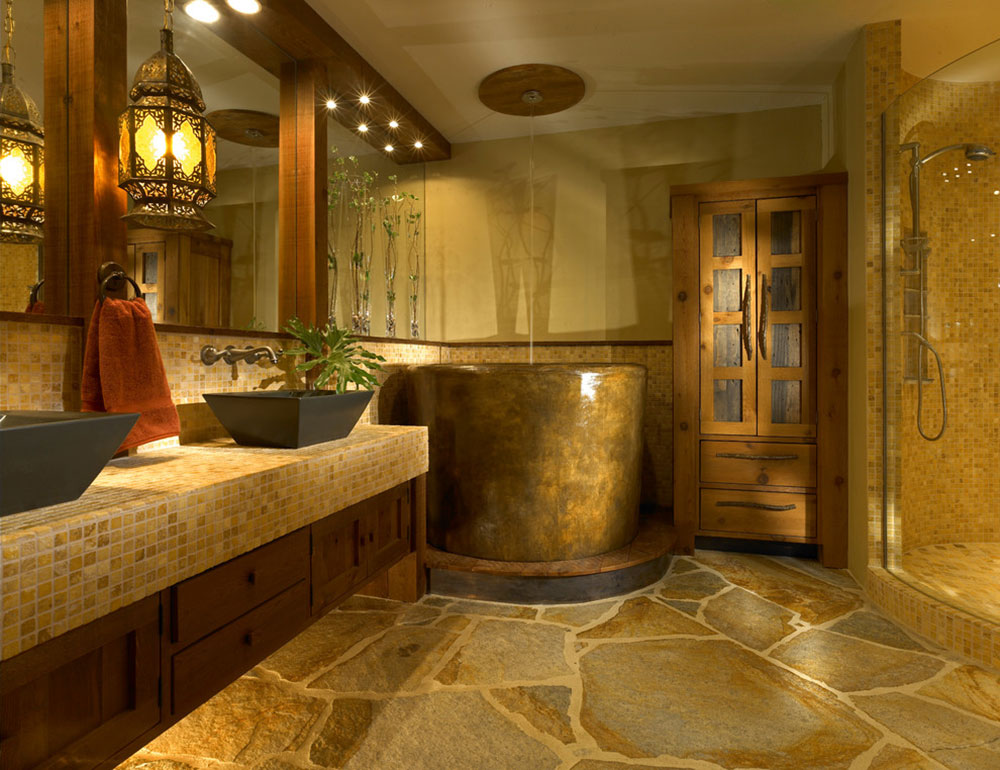 Japanese cultures see lights as time to work and not to relax, so the lights in a Japanese house are always diffuse or hidden. If you want to get an authentic Japanese interior, you have to imitate the calming and gentle atmosphere created by soft light. In addition, soft lights will emphasize the simplicity of the minimalist furniture style.

All you have to do is add minimal natural wood furniture, simple greenery, all wooden elements, meditation screens, soft flooring, bathtub and water elements. Avoid bright colors and strong light throughout your home and replace it with recessed lights and natural colors.

If you’ve read this article about what a traditional Japanese home looks like, you should also read this:

Previous Wall Art Ideas: Turn Any Room into Design Heaven
Next Five ways to use signage in and around your home